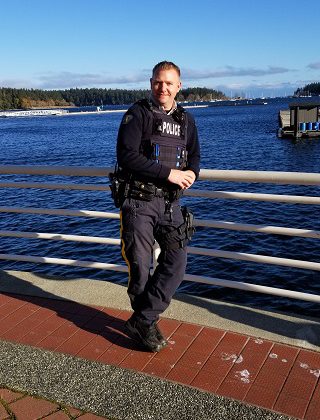 One of the most difficult and time-consuming challenges for frontline police officers is how to deal with someone who is suffering a mental health crisis.

A Vancouver Island RCMP detachment has now taken the step of designating an officer who will be responsible for such calls.

Constable Joshua Waltman is the new Mental Health Liaison Officer for the city of Nanaimo.

Waltman is a 12-year veteran of the force and has plenty of experience dealing with mental health crisis calls from his years patrolling Surrey’s Whalley neighbourhood.

He says one of his first responsibilities will be to strengthen partnerships within the community.

“That’s a huge component of my job right now, meeting with different people who are already out in the community of Nanaimo supporting people with mental health needs.”

Waltman says he will also reach out to other police forces with these types of programs that are more established to learn what worked for them and what didn’t.

According to Waltman, “when it’s done well, it’s done very well and it works really good.”

Waltman was one of several officers on the Surrey Outreach Team of the RCMP.

They worked what’s known as the ‘Whalley strip,’ home to many marginalized people with mental health or addiction issues, and assisted them to get into housing, detox or recovery.

He says connecting with many of the high-risk individuals and providing continuity and familiarity for them was the recipe for success in Surrey.

Waltman received advanced training in Core Addiction Practices, something that was a great help in doing his job.

Before he accepted the position, Waltman said he had two requests.

One was a vehicle with “transport capabilities,” which would allow him to take a person where necessary, whether it was to a hospital for assessment, or simply to talk to them over a coffee.

His other request was a uniform that was a little different from the other frontline officers.

Waltman says Nanaimo’s front-line officers are overtasked and he hopes to alleviate some of the pressures they face “as mental health calls can be challenging and often time-consuming.”

He says the decision to create the liaison position came about after discussions between the city of Nanaimo and senior officers in the detachment.