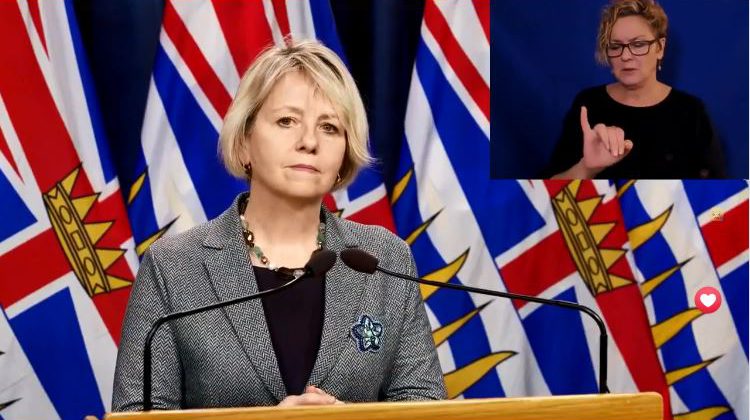 That was the most telling number from Wednesday’s briefing, as B.C.’s death toll climbs to 371 since the pandemic began.

On Vancouver Island, 21 new positive cases were reported, the first time Island Health has had over 20 in a day.

Meanwhile, 294 people are hospitalized, 61 of whom are in ICU.

And while the pandemic is top of mind for many, Dr. Henry also touched on the overdose crisis.

She said the number of overdose deaths in B.C. is unacceptable.

B.C.’s Chief Coroner says October was the fifth month this year where more than 160 people died of an illicit drug overdose.

The total number of deaths from highly toxic illicit drugs in October reached 162.

That works out to an average of five people per day dying from overdoses in British Columbia.

Dr. Henry appealed to all drug users to ensure they use, with their own personal safety at heart.

“Don’t use alone, let somebody know, talk to somebody, use the app, have your drugs checked, reach out,” she said. “As you know in September, I expanded the healthcare professionals who are able to provide you with a safe supply of pharmaceutical alternatives to what we know are deadly drugs on the street, right now. It is also a place that  you can go for help.”

We are also in a new phase of mandatory mask-wearing in all public indoor spaces. That means those who are able to wear a mask in indoor public spaces but refuse to put one on can now be fined $230.

However, while Dr. Henry said it is an important measure of protection against the virus, she also pleaded for compassion towards people who can’t wear them for medical reasons.

“Not everyone is able to wear a mask,” she said.

“We know that people can’t wear masks for many reasons that may not be apparent to you, whether it’s a psychological, behavioral, or health condition, or due to physical, cognitive or mental impairment. So if you see somebody without a mask, have compassion: understand that while we all are in the same storm, we don’t always know each other’s story.”