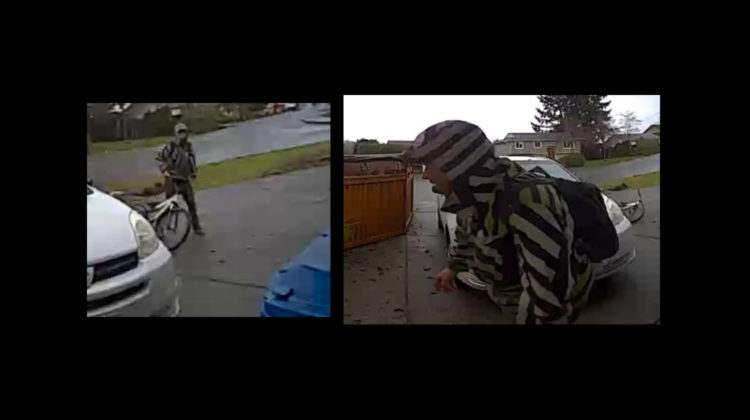 The RCMP in Nanaimo is appealing for public assistance after children’s backpacks were stolen from a daycare.

The theft happened Tuesday morning at a daycare on Wildlife Place.

The RCMP says because of COVID-19 guidelines the backpacks were hanging outside the daycare on a fence.

The daycare owner alerted police when she saw three were missing and quickly reviewed security video.

The police say the suspect is a man in his late teens or early 20s and was wearing a distinctive hoodie with a geometric pattern. He was riding a yellow mountain bike.

Two of the backpacks were located in a marsh near Nanaimo Ice Centre.

The children’s belongings inside had been taken out and left on the ground.

The third one, which was larger, was kept by the thief.

Constable Gary O’Brien of the Nanaimo RCMP says parents reacted with shock, anger and disgust upon learning of the thefts.

Security video and images have been posted on the RCMP website.

If anyone has information about the suspect they are asked to contact the Nanaimo RCMP non-emergency line at 250-754-2345.