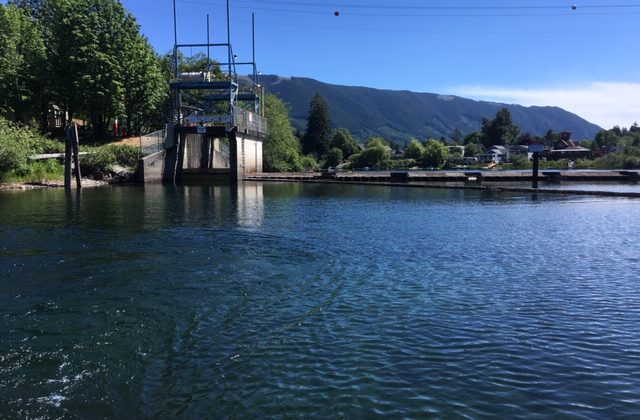 The Cowichan Weir was built in the 50’s and information on the preliminary design of its replacement will be posted Thursday.

The new weir will be 70 centimetres higher than the existing one and Project Manager Leroy Van Wieren said the replacement will help transition the watershed from the dry to the wet season.

“During the summer flows, one centimetre is equivalent to about one day of flow,” said Van Wieren. “So, a 70 centimetre rise would give us about 70 days or about two months of flow, which should get us through the dry period in August and September and get us back into the rainy season in October.”

There is a meeting on December 10th, where representatives from Stantec Engineering will update the public on where the design is at.

“So, (it’s going) back to the public to share the preliminary design and let them know what it looks like before we move into the final design,” said Van Wieren. “The public forum (our meeting) on December 10th is to just share what we have so far and just answer any questions that the public might have.”

The presentation will be on WebX and it will run from 6-8 pm.

Back on November 4th, Federal Minister of Infrastructure and Communities Catherine McKenna announced that $24.2 million dollars were being invested in the Cowichan Watershed Resiliency Program.

Van Wieren said some of that money ties into the new weir.

Cowichan Tribes, the Cowichan Watershed Board, Paper Excellence, and the CVRD are the four sponsors for the project.

According to the Weir Ready website, the construction costs of the new Weir are going to be another $15 million dollars.