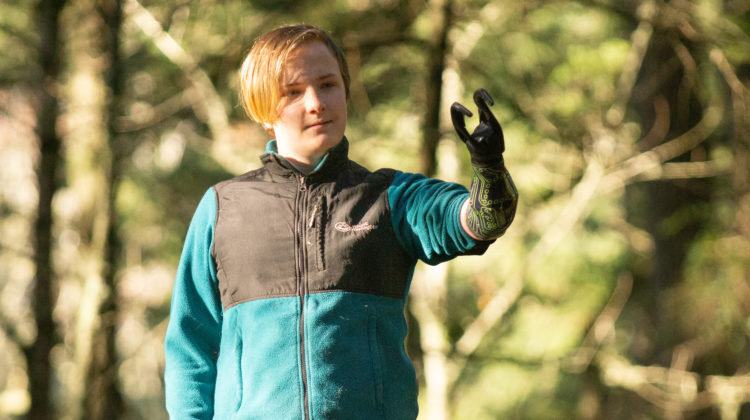 A Cobble Hill teenager is enjoying greater flexibility in the tasks he performs every day after getting a new artificial limb through The War Amps Child Amputee (CHAMP) Program.

The arm can respond to muscle impulses and allows him to open and close the hand.

The myoelectric arm works using a biochemical process that generates electrical tension every time a muscle contracts. This tension can be measured on the skin and is transferred to the artificial limb.

Jamie Lunn of War Amps, an amputee herself, says this new artificial limb will help Malcolm gain even more freedom to do the things he wants.

She says there are challenges every day, “when we get out of bed, when we leave our homes” but with a positive attitude Malcolm is able to accomplish anything that he puts his mind to.

“Some child amputees, like Malcolm, when he is able to get that limb, he may have a specific activity that he has in mind that he wants to do, or maybe just regular everyday life, it definitely helps out, so it’s pretty exciting”

Lunn says helping to generate a positive attitude is one of the things War Amps can help him do.

From her own experience, Lunn knows that amputees can be helped both physically and emotionally by support from people who have suffered the same kind of loss.

The War Amps organization began more than one-hundred years ago to help soldiers who had lost limbs during the First World War.