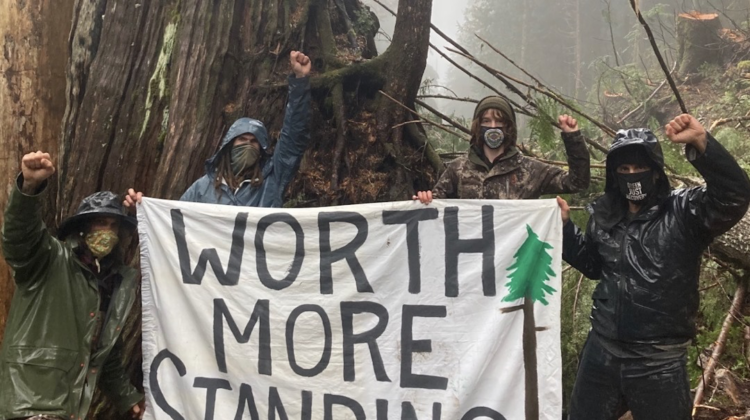 A blockade aimed at preventing logging of old-growth forests on Vancouver Island is underway in the Bugaboo Creek area near Port Renfrew.

The Rain4orest Flying Squad says it has established a camp after being asked for help by Bill Jones, an elder of the Pacheedaht First Nation.

The group says that on Monday morning, a work crew was prevented from entering the area to continue its work on a forestry road.

The group says that the area is slated for clear-cutting.

It also wants the province to keep its promise to implement the 14 recommendations of its Old-Growth Strategic Review.