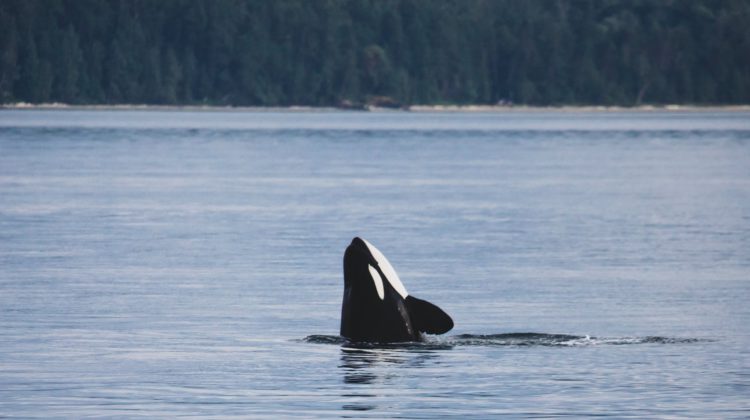 Orca in a body of water (Photo supplied by: Andre Estevez/Pexels)

Ship noise, collisions, and a vanishing food supply all threaten the existence of the iconic southern resident killer whales.

Ruth Joy, a statistical ecologist at Simon Fraser University is leading a project that uses artificial intelligence and machine learning to classify the various whale calls.

The goal of the project is to develop a warning system to help the endangered southern residents avoid fatal ship strikes.

An SFU release states that the goal is to create a system that monitors sounds received by a network of hydrophones around the clock. It will detect real-time whale calls and send alerts in real-time to alert vessels to slow down or change course when whales are nearby.

The team is partnering with citizen scientists and the Orcasound project to provide many terabytes of whale call datasets.

He said the acoustic data is meant to ‘teach’ the computer to recognize which calls belong to each type of cetacean.

“In the end, we are developing a system that will be a collaboration between human experts and algorithms,” Bergner said.

“Southern resident killer whales are an endangered species and people are very fond of these animals,” says Joy. “They want to see that these marine mammals are protected and that we are doing everything that we can to make sure that the Salish Sea is a good home for them.”

The project is supported by Fisheries and Oceans Canada in the form of $568,179 in funding.

The project is expected to be completed in 2022.