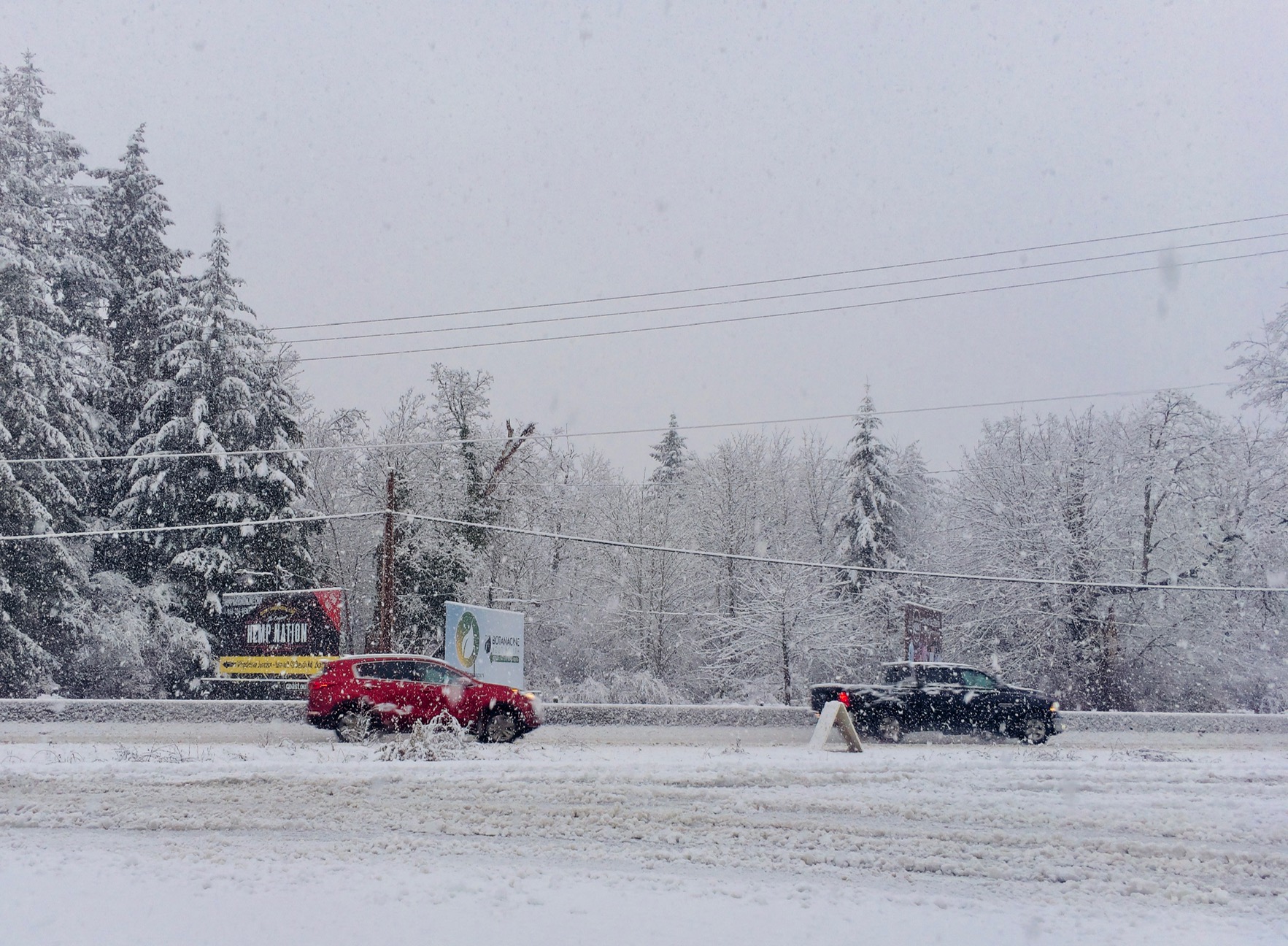 The first day of winter break for kids turned out to be a great day for sledding, snowballs, and making a snowman.

For drivers throughout the Cowichan Valley, however, the first official day of winter turned out to be a different story.

Poor driving conditions resulted in numerous calls to the RCMP about traffic problems as many drivers ending up sliding off the road.

The slippery conditions also forced the temporary closure of the Trans Canada Highway south of Duncan.

The two southbound lanes of Highway-1 were shut down at Wilson Road and the northbound lanes were closed at Bench Road while equipment was brought in to clear the steep hill just south of Wilson Road.

The RCMP in Nanaimo issued a warning for people to stay off the roads if they don’t have winter tires and experience driving in snow.

BC Hydro reported numerous power outages in the Cowichan Valley by noon affected several thousand customers. Power outages were also reported on Saltspring Island and the other Gulf Islands.

Meteorologist Armel Castellan of Environment Canada says some areas on the Island could see quite a bit of snow before the storm passes this evening.

He warns that the Malahat Drive could see up to 25-centimetres of snow and there could be up to 15-centimetres for low lying areas.

The storm is expected to pass this evening, but Castellan says cooler temperatures and clear skies for the next two or three days could make for icy conditions.

As well as a snow warning, Environment Canada issued a wind warning for east Vancouver Island and the Southern Gulf Islands.