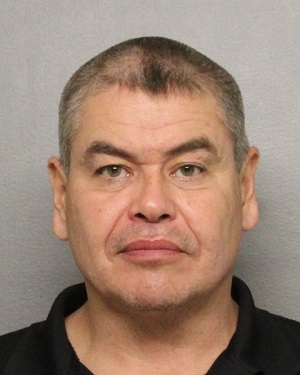 Nanaimo RCMP wants your help in finding 49-year-old Heath Handy who is wanted on several charges.

Handy is wanted for assault causing bodily harm, break and enter, assault, and obstruction of justice from an incident dating back to June.

At around 7 am on June 4th, police responded to calls and met a woman on the front yard. She told police that Handy had allegedly broken into her home over a 14-hour period, repeatedly assaulted and threatened her. Her injuries weren’t bad enough to be hospitalized.

She said Handy fled prior to police arriving.

According to an RCMP release, he has family and friends throughout central Vancouver Island and is known to ‘take harbour’ from time-to-time in his boat, ‘Flying Vessel.’