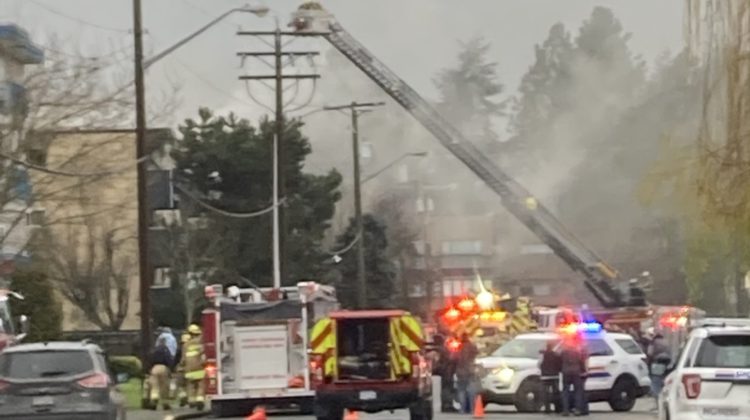 The BC Coroners Service says one person has died as a result of the New Year’s Eve fire in Duncan.

Investigators are now working to determine exactly what sparked Thursday’s fire in an apartment building on Lewis Street that sent eight people to hospital.

One person was in critical condition and had to be transported to hospital by air ambulance.

The North Cowichan-Duncan RCMP said on Thursday that the investigation would begin once it was safe to go inside.

The fire began around 1 pm Thursday and engulfed several units on the top floor of the four storey structure.

Firefighters used a ladder truck to rescue at least one elderly person trapped on a balcony.

The rescue was captured on video by local businessman Travis Berthiaume.

For the displaced residents of the building, many of whom had to rush out of the building with just the clothes they were wearing, the New Year is off to a very difficult start and local organizations are accepting donations of clothes and other items to help those in need.

In addition, a GoFundMe page has been set up to help raise money to help the fire victims.