Rain to Ease But Flooding Still Possible in Low-lying Places 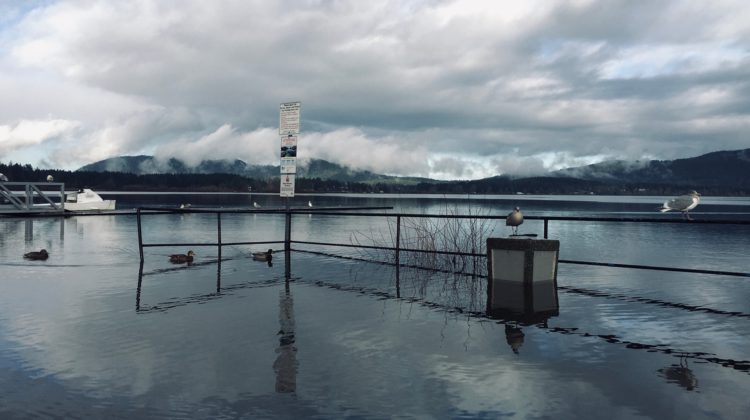 Environment Canada says the rain is expected to ease to showers today, but swollen creeks and rivers may continue to pose the risk of flooding in low lying areas.

On the weekend, the Cowichan Valley Regional District activated an Emergency Operations Centre.

The CVRD says there have been small instances of localized flooding.

Cowichan Tribes also issued a boil-water order covering a small area where an evacuation order had earlier been issued east of Highway-1 and north of Cowichan Bay Road..

The consistent and often heavy rainfall over the past few days prompted the BC River Forecast Centre to issue a High Streamflow Advisory for southern Vancouver Island, as well as a flood watch for the Nanaimo and Englishman Rivers.

The CVRD says it’s recommended that Cowichan Valley residents in low lying areas. or spots prone to flooding, be prepared to evacuate.

In the event of flooding, the Regional District says it will be given as much notice of evacuation as possible, but there may be limited time because of fast-changing conditions.

People are advised to stay well back from fast-flowing streams and rivers, as well as potentially unstable riverbanks.