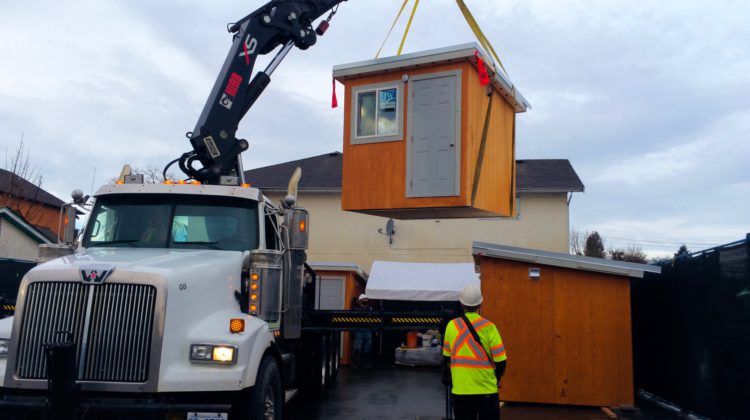 Residents of the Cowichan Valley’s COVID-19 sheltering camps established to support vulnerable people during the pandemic are now getting a warmer and more secure environment to sleep in.

The first of 39 new sleeping shelters are being installed at one of the camps in Duncan.

Each of the camps will have 13 structures, which are built locally by Nexus.

John Horn of Cowichan Housing says they do not have bathrooms or kitchens: “they’re basically sleeping units, and so that is essentially what it is, and they’re powered up,” which allows for lights and an electrical plug-in each one.

Horn of Cowichan Housing says the funding is from Ottawa via the United Way on Vancouver Island, which approved an application for about $300,000 in funding.

He says BC Housing is supporting “the operational costs associated with these sites, staffing and food provision,” until March 31, 2021.

Horn says they are in talks to secure additional funding past March but plan to store the new sleeping units if necessary until additional money found.

He adds that Nexus has been a “great corporate partner,” keeping costs low and dealing with the challenges involved in the proper construction of the sleeping units.

Launched several months ago, the three camps in the Cowichan Valley have used tents up until now to accommodate residents.