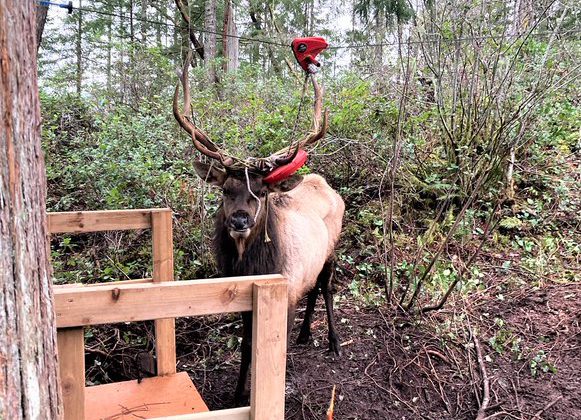 The BC Conservation Officer Service has a message for property owners after an elk got entangled in Youbou, on the north shore of Cowichan Lake. 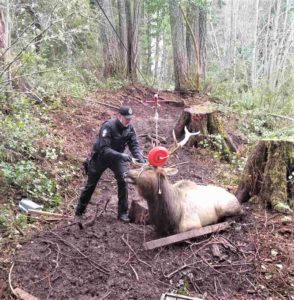 It’s asking people in rural areas to manage items in their yards so wild animals cannot be caught up in them.

On Twitter, the service says Conservation officers had to free an elk from a backyard zip line in Youbou on the weekend.

The antlers of the large elk became tangled-up in the line and an officer had to sedate it in order to begin freeing it.

The BCCOS tweet doesn’t say if the elk suffered any injuries, but in the photographs it looks to be unharmed.