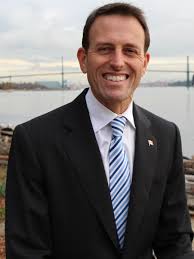 With a vote expected later this month on Nanaimo Cowichan MP Jean Crowder’s private members bill on derelict vessels, another MP from Coastal BC is saying he’s got one in the works too.

He says his bill would aim to make it a crime to intentionally abandon a vessel. It is something that has happened several times in his riding.

Weston also says he likes the Washington State model of using vessel registry fees to build up a fund to clean and remove derelicts.