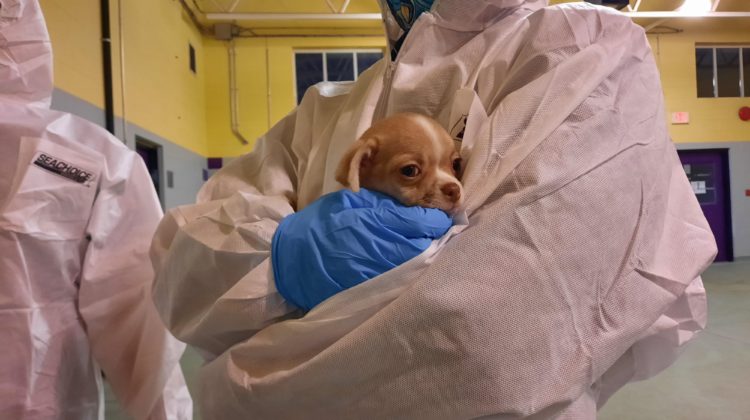 Photo supplied by BC SPCA.

The BC SPCA has seized a dozen dogs (Chihuahua crosses, with one Shih Tzu-cross) in poor health from a Duncan-area breeder.

Eileen Drever is a Senior Officer of Protection with the BC SPCA and she said it will take a lot of care for the animals to recover.

“We attended, along with a veterinarian, and found that a number of the dogs have ear infections, they were underweight, they had dental issues, and found out that one of the puppies actually had a broken leg,” said Drever.

The dogs were described as being in distress and the definition, according to BC’s Prevention of Cruelty to Animals Act, is available here.

Drever said these animals have also been exposed to a deadly disease.

“They have been exposed to the parvovirus and that’s a deadly disease with puppies and young dogs, well, any animal that’s hasn’t been vaccinated,” said Drever. “It’s touch-and-go (for the puppies) right now and I’m keeping my fingers crossed that they’ll make it, but they will need extensive medical care.”

The animals are receiving care in Victoria and the pregnant females and mothers with pups will be transferred to foster homes for around-the-clock care.

Drever said the investigation is ongoing, but she’s confident that once it’s over, the organization will be recommending that this breeder get shut down. 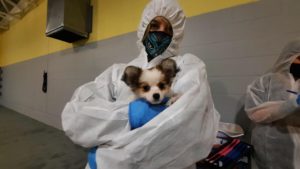 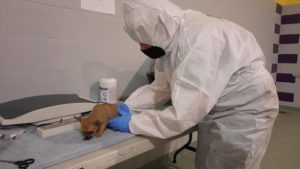 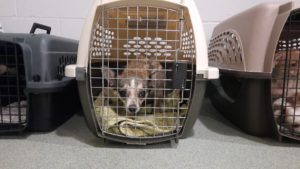 Photos supplied by BC SPCA.