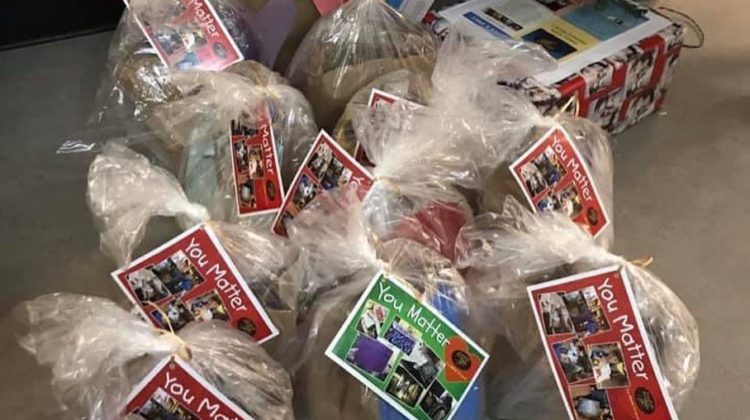 2020 was one of the best years for the Everybody Deserves a Smile Campaign.

The longstanding tradition to help the homeless didn’t skip a beat, despite having a global pandemic raging around it.

Stefan says it was shocking to see just how much support came in during a time that is tough on everyone.

“During a time when we thought things would be really tough, and maybe potentially not even run the project, we had one of our strongest years ever.”

“We ran five projects across the island and every project running ran their biggest project ever, which is really remarkable. Communities and schools stepped up and gave and rolled up their sleeves and it was just outstanding.”

The main difference between this year’s campaign and previous years was that students and team members created envelopes full of items, instead of bags, but they still had the trademark of student artwork on the outside.

Stefan says while she may have been the lead on the project, it couldn’t have been done without the help from all involved.

“It literally takes everybody, but thats also the magic. To be able to run a project like this,  remodel, and then run it through a pandemic and be this successful, I want everybody to own a piece of that in our community. They should be really proud.”

She added that an initiative like this makes a huge impact on the lives of both the kids involved and the homeless populations that receive the deliveries.

“One of the things we realize as a team is how ready students are for this learning and beyond ready hungry for it. There is something about pure humanity work that kids really want a piece of. It’s so important because it brings us back to human to human.”

The annual campaign runs from September to December, with packages being distributed just before Christmas.

If you would like to learn more about the Everybody Deserves a Smile Campaign, visit the group’s Facebook page.