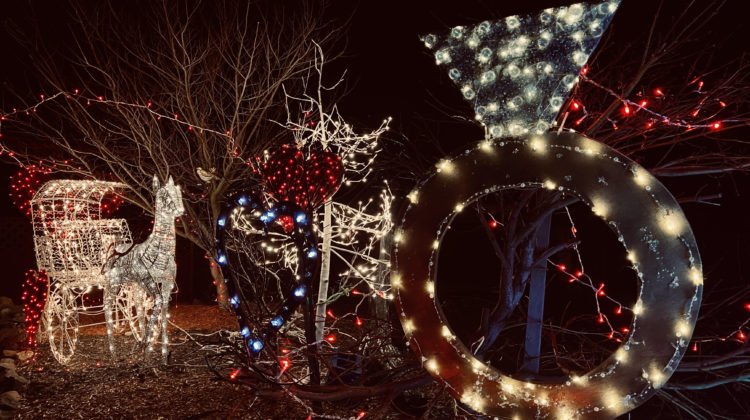 A Vancouver Island woman is hoping to warm the hearts of those in her neighbourhood and beyond, through a unique light show outside her home.

For Campbell River’s Netonia Chatelaine, Valentine’s displays are seldom found. It’s what prompted her to create one of her own, on the tucked-away Pacific Heights Lane.

As the Holiday season flew by, and Christmas lights started coming down, Chatelaine noticed an added scent of sadness in the air.

“There are no smiles,” she says. “I mean, Covid has really taken a toll on a lot of people’s hearts. So I thought, what can I do to bring something positive and bright?”

It’s the question that ultimately sparked a resurgence in Chatelaine’s creative side.

She started cutting out diamond rings and hearts, pairing them together with twinkle lights to unveil a unique display for all to see.

Chatelaine says she’s gotten lots of positive feedback, which has motivated her to start planning early for next year’s display.

“I’m doing for the hearts of the people, to give positive feedback, and to make people feel good,” she adds.

“You know, there’s a lot of sadness in the world, people have lost lives through Covid and other sicknesses. It’s just been such a heart-wrenching time.”

Chatelaine says the lights are turned on every evening from 5:00 pm till 10:00 pm. She plans to take the display down once Valentine’s Day passes, on either February 15th or 16th.