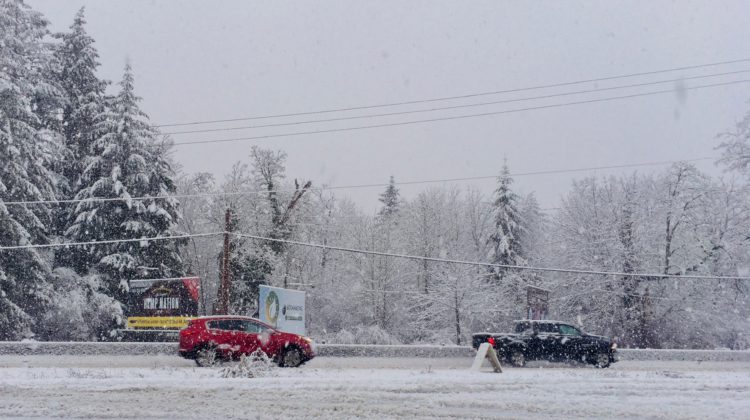 There was a heavy snowfall overnight in the Cowichan Valley and another 10 to 15 centimetres is expected today (Saturday).

Environment Canada’s winter storm warning remains in place for Eastern Vancouver Island from Duncan to Nanaimo, and the Malahat.

Drive BC reports compact snow on Highway-one and slippery conditions.

Environment Canada warns that visibility on roads and highways will be reduced by snow and blowing snow from strong easterly winds.

The snow will continue to fall throughout the day, easing to snow flurries tonight.

Another five centimetres of snow is expected on Sunday, but then temperatures will begin to rise and snow will gradually begin to change to rain on Monday.