Another Day of Snow Before the Big Melt Begins 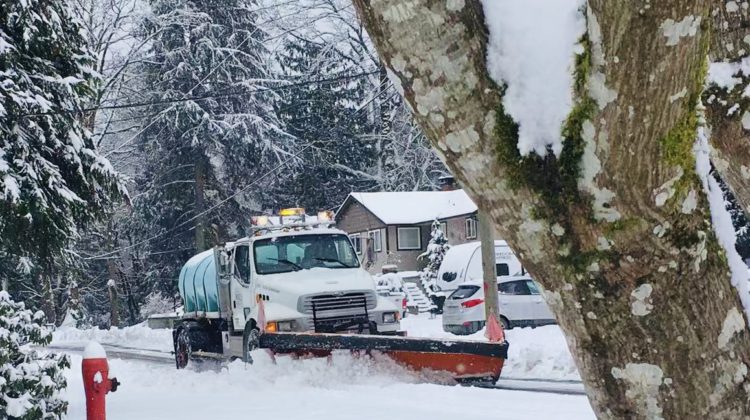 There will be from five to 10 centimetres of snow today, with another two to four centimetres tonight.

For the Malahat, another 15 to 20 centimetres is expected.

Inland areas of Vancouver Island may received an additional 15 to 25 centimetres by Monday morning.

The forecast calls for the snow to become rain for Victoria and the Southern Gulf Islands this evening.

There will be mixed snow and rain overnight in other areas, changing to rain on Monday as daytime temperatures rise to plus-5 and sunny skies and warmer temperatures are expected on Tuesday and Wednesday.

Drive BC reports a travel advisory in effect this morning from Duncan to Victoria (as of 7:25 am) because of limited visibility from falling snow and compact snow with slippery sections on the highway.

Road maintenance operator Emcon says chain up pullouts for commercial vehicles have been setup on the highway north and south sides of the Malahat until conditions improve.

Municipal snow ploughs have been at work throughout the weekend clearing major roads and residential streets in the community.

Property owners and businesses are reminded that sidewalks bordering their property must be cleared within 48 hours.