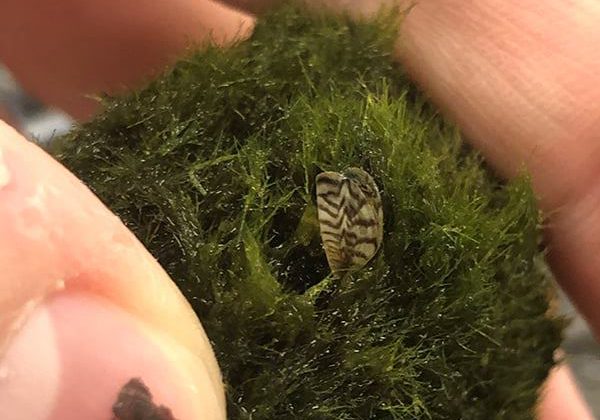 A decorative addition to the fish tank at your home or office may harbour a dangerous invader.

Gail Wallen of the Invasive Species Council of BC is warning that the mussels are highly destructive and we don’t want them in our lakes.

She says people who have aquariums need to “make sure that they check to see if they, or their friends or their pet store are selling, or have moss balls because there’s a high likelihood it might have zebra Mussels in them.”

She says if zebra mussels are found then people should “take immediate actions to make sure they don’t get into our waterways.”

She says you can put the moss ball in a sealed bag and freezing it, or boil it for two minutes to kill the zebra mussels and their tiny and nearly invisible larvae.

The Conservation Officer Service reports contaminated moss balls have been found in BC.

The BC Environment Ministry says following more than 600 hundred inspections, zebra mussels have been found in several retail stores.

Mussel-infested moss balls have been found in aquariums across western Canada and several US states.

The zebra mussel is an invasive species that can be found in the Great Lakes and is spreading westward in Canada.

The Environment Ministry says anyone who finds zebra mussels can call the Report All Poachers and Polluters hotline at 1 877 952-7277 to report it.

It says to place the moss balls in a sealed plastic bag and put the bag in a freezer for at least 24 hours.

Another method is to place them in boiling water for at least one full minute and let them cool.

After this, place the moss ball and any of its packaging in a sealed plastic bag and dispose of in the trash.

Do not dispose of untreated water down the drain or into any residential water system or waterway.

Sterilize the remaining contaminated water by adding 25 millilitres of bleach per litre of water.

Let the water sit for at least 15 minutes before disposing of it down a household drain.