BC and Washington State on the Lookout for Asian Giant Hornets 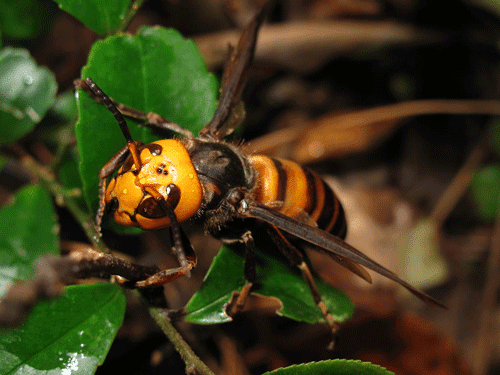 The provincial government has prepared for the 2021 Asian giant hornet season.

The invasive hornets are voracious killers of honey bees, and a nest was found and destroyed in Nanaimo in 2019.

Since that time, about half a dozen have been caught in traps along the Canada-US border south of Vancouver and in the Fraser Valley.

No Asian giant hornets were reported on Vancouver Island in 2020, and the Island could be declared free of them if no specimens are reported this year.

British Columbia’s Asian giant hornet surveillance program will include traps in areas where the insects have been found, as well as outreach and networking with beekeepers, local governments and other agencies.

There will be surveillance for the hornets in Nanaimo and the Cowichan Valley, as well as in the Fraser Valley.

The province is collaborating with authorities in Washington State, where the hornets have been trapped near Bellingham, close to the border with BC.

The Washington State Department of Agriculture will continue to use orange juice and rice cooking wine in traps.

Citizen scientists will have the option of using either orange juice or a brown sugar-based bait.

WSDA’s trapping will remain focused on areas in Whatcom County where Asian giant hornets were detected in 2019 and 2020.

If you think you have seen an Asian giant hornet you can contact the Invasive Species Council of BC by telephone at 1 888 933-3722, or through its Report Invasives mobile phone app, or online.