Rally to Stop Logging at Fairy Creek Held at Legislature 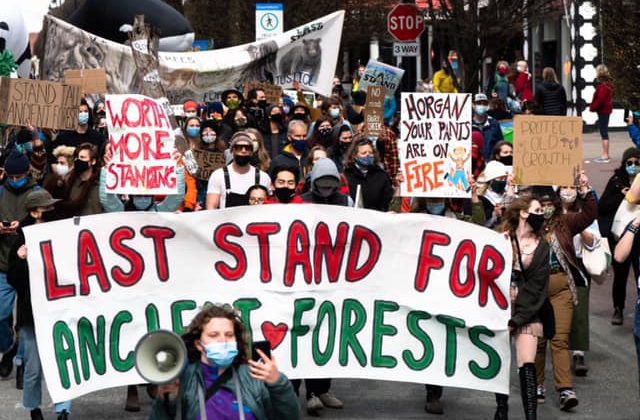 A public rally on the steps of the BC Legislature Saturday was attended by hundred of people calling on Premier John Horgan and forests minister Katrine Conroy to halt the proposed logging in the Fairy Creek watershed near Port Renfrew.

The demonstration took place as a group of protesters at a blockade near Port Renfrew await a decision on an injunction application by Teal Jones to remove them from an unfinished logging road into the valley.

The blockade began several months ago to stop road construction by forest company Teal Jones, which holds cutting rights in that valley.

The group behind the action, Rain4est Flying Squad, is one of many in BC calling on Premier Horgan to follow through on what they say were promises made during the autumn election to halt logging in old growth stands areas such as the Fairy Creek watershed, before all ancient rainforest is harvested.

Premier Horgan has promised changes in forestry management after the independent review of old growth forests in BC.

Panel members Garry Merkel and Al Gorley examined old-growth management from a variety of perspectives, and on April 30, 2020, they submitted 14 recommendations to the Province.

They called for a four-phased process to develop and implement an old-growth strategy in BC.

In October, during the provincial election campaign, Premier John Horgan stated that “many of our old growth stands are worth more standing up than they ever could be cut down, especially if we take a holistic approach that acknowledges broader benefits for communities and the environment.”

Since the election, BC Green Party leader Sonia Furstenau, the MLA for Cowichan Valley, believes the government has taken a talk and log stance in response on the issue.

She calls the Fairy Creek watershed “the very definition of an ancient, high-risk ecosystem” the Old Growth Strategic Review Panel said should be protected while a strategy is developed. 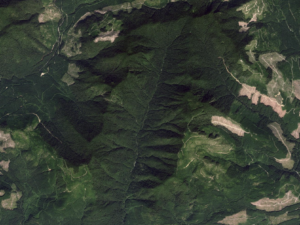 She continues to raise her concerns over logging in the remaining old growth stands, and this past week during question period in the legislature she tried unsuccessfully to put a question directly to the premier.

The Union of British Columbia Indian Chiefs has called on the Horgan government to implement all 14 recommendations of the Old-Growth Strategy Review report and protect old-growth forest in places like Fairy Creek and the Walbran Valley.

Minister responsible for forests, Katrine Conroy has said that the NDP would bring forward legislation in the spring or fall of 2021 and has said the government is dedicated to “new, holistic approaches” in how old growth forests are managed.

The judge hearing the Fairy Creek injunction application has delayed the decision until Thursday morning at 10 am.