New Hospital to be a Place of Healing and Reconciliation 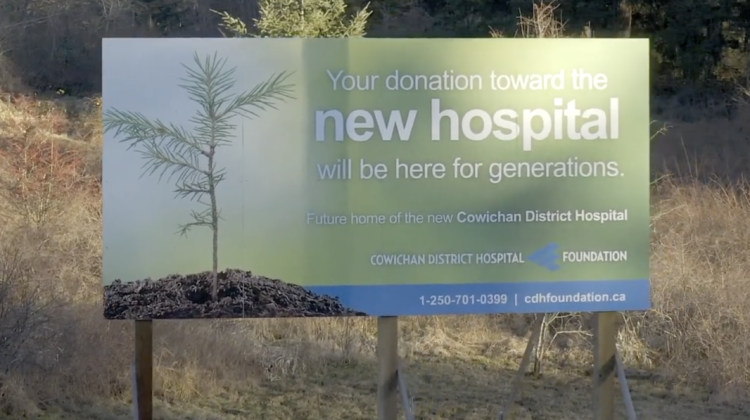 The province has provided a progress update on planning for the new hospital in the Cowichan Valley, which is now anticipated to open in 2026.

In the opening remarks at today’s provincial update, Councillor Albie Charlie of Cowichan Tribes says the new hospital will be a place of healing, and no longer a place of fear after the racism of the past.

“In the past we experienced racism, we had to come through the back door. We were set aside.”

He says Cowichan Tribes, and Indigenous people in general, have had negative experiences with hospitals and institutions.

Charlie says “today, though that reconciliation, we’re going to rebuild that trust and gain meaningful respect for each other.”

The hospital will have culturally safe services and spaces to accommodate traditional healing practices, cultural ceremonies and room for loved ones to support patients during stays.

Alliance Care Partners and EllisDon and Parkin, have been shortlisted for the next stage of the competitive selection process that will determine who will design and build the hospital.

Construction is expected to start in 2022.

The new hospital will provide 201 beds, an emergency department that’s triple the size of the present facility, seven operating rooms, with one dedicated to performing C-sections, and a birthing unit with capacity for 10 maternity beds and a nursery for families and new moms.

The labour, delivery, recovery and postpartum maternity care model will provide mothers with a place to give birth and stay in the same room with their infants until they are discharged.

Mental health services will include a 17-bed inpatient psychiatry unit with access to secure outdoor space and a four-bed psychiatric intensive care unit.

The new Cowichan hospital will be a training site for medical students and residents in the University of British Columbia Island Medical Program.

The total project budget is $887.4 million, shared between the Province through Island Health and Cowichan Valley Regional Hospital District, with support from Cowichan District Hospital Foundation.

Cowichan Valley MLA Sonia Furstenau, the leader of the BC Green Party, was invited to be part of the provincial government update on the hospital.

She says progress on building the new hospital is good news for the valley.

Furstenau says staff of the Cowichan District Hospital are “working in incredibly challenging conditions” that existed before the current pandemic began.

The Cowichan Valley MLA praises hospital staff for demonstrating that they are “extraordinarily committed people who are working hard to provide good health care in this valley in a hospital that is way past its prime.”

Furstenau says she is grateful for all of the hard work of many individuals and groups in the valley to get the hospital project to this point.