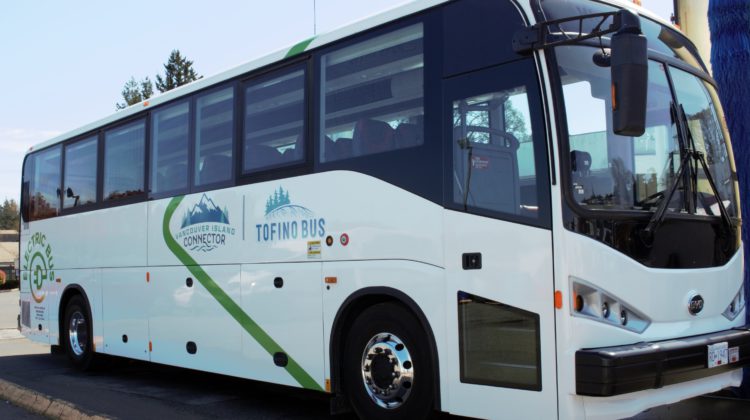 It looks like electric coach buses may be driving the future, reducing carbon emissions along the way.

Just in time for Earth Day, Vancouver Island-based Wilson’s Group has added a new electric bus to its fleet for the next few months.

Wilson’s runs both the Vancouver Island Connector and Tofino Bus, and says it’s excited to announce its “first step in their zero‐emissions fleet strategy with a new electric bus pilot project.”

In a new partnership formed with BYD Canada, a battery-powered electric bus manufacturer, the Model C8M highway coach made its debut today (Thursday).

The 41‐passenger highway coach, which is powered by a 313‐kWh battery, is part of a three‐month trial between the two companies and will be travelling along Vancouver Island Connectors’ daily route between Victoria and Nanaimo.

“It has always been our company’s plan to reduce our emissions and footprint, however, with the setback we have experienced through COVID, the high cost of replacing our fleet with electric vehicles seemed out of reach,” Wilson’s president and CEO John Wilson says. “This new partnership allows both companies to help do our part towards a sustainable future”.

“With the help of BC SUVI program, tour bus companies can replace their fossil fuel buses and lead the Green Recovery,” he says.