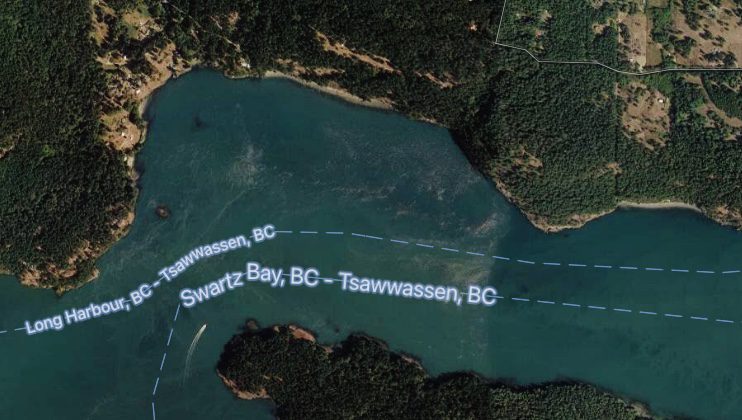 The BC Coast Pilots Association is taking a look at whether Active Pass and Porlier Pass in the Gulf Islands should continue to be used by pilots guiding freighters and oil tankers.

It comes after an oil tanker was recently seen passing through Active Pass.

The narrow passage has strong tidal currents and is used several times a day by BC Ferries for vessels sailing between Vancouver Island and Metro Vancouver.

The BC Coast Pilots Association says Active Pass is not used much, but it is a legitimate route for larger vessels to use while transiting the Salish Sea.

However, it says in the interests of maintaining public confidence it’s willing to review its practices.

The association says the pilot assigned to the ship felt it was the best route at the time.

Cowichan Malahat Langford NDP MP Alistair MacGregor says the pilot may have used the route because it reduces sailing time through the Gulf of Georgia by about two hours.

MacGregor says it highlights the need to update the regulations.

He says many of the local residents were “quite concerned and raised very legitimate questions about why that was happening in the first place.”

MacGregor says the Pacific Pilotage Authority has responded quickly, “and has assured local residents that this won’t be happening again.”

MacGregor plans to talk with the Minister of Transport about the danger posed to the sensitive marine environment.

He notes the federal government has identified the area as “a vey special place that they want to protect.”

MacGregor says it’s full of sea life and amazing marine animals and is enjoyed by many people for recreation.

MacGregor says he will raise the issue directly with the Transport Minister.