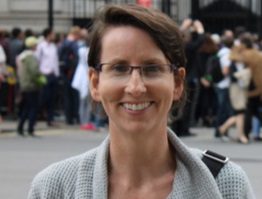 The search for the missing UBC Professor on Salt Spring Island came to an end yesterday, as she was found dead.

Sinikka Gay Elliott had been an assistant professor at the university since 2017 and an associate professor since 2019, in the department of Sociology. She is survived by her husband, a son and a daughter.

She had been missing since May 12, when she went out to run errands, but was not heard from. Police say Search and Rescue volunteers found Sinikka’s vehicle at around approximately 9:30 pm that evening on Juniper Place Road.

“Sinikka was an exceptionally skilled and deeply engaged scholar with a deep-felt commitment to social justice and equality for all,” UBC Sociology department head, Dr. Guy Stecklov said in a written statement. “A highly engaged colleague at all levels of the department and university as well as the discipline as a whole, Sinikka was particularly devoted to her students in Sociology, helping them to learn and grow personally and intellectually.”

The Salt Spring RCMP says they are investigating details surrounding her death, but don’t suspect any foul play.

They also wanted to thank over 100 volunteers who helped search for her.