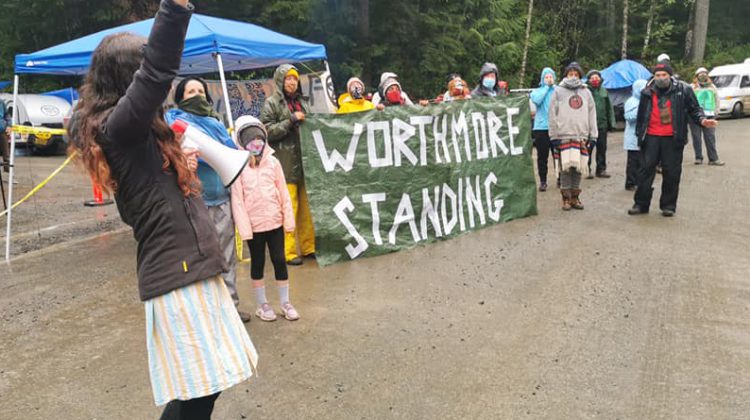 Saturday is International Day for Biological Diversity and the theme this year is We’re part of the solution #ForNature.

Canada’s Minister of Environment and Climate Change says “nature sparks the Canadian imagination, even more so during these difficult times with the COVID-19 pandemic.”

In a statement issued to mark the day, Jonathan Wilkinson states, “biodiversity loss and climate change are intrinsically connected,” adding that while nature is at risk because of climate change, it’s also a critical ally in the fight against climate change.

On Vancouver Island this past week, the RCMP has made 26 arrests as it enforces an injunction against old-growth logging protesters in the Caycuse valley south of Cowichan Lake.

Green Party leader Sonia Furstenau calls it unfortunate that the RCMP has been called upon to remove people who are simply taking action on an issue they feel strongly about.

Furstenau says it’s the result of “having the expectation that this government would live up to its word,” and then attempting to save the “very rare and vanishing groves of ancient forests” when that didn’t happen.

She says the government of Premier John Horgan continues to allow logging in old-growth forests, despite promises it made to implement the recommendations of the Old Growth Strategic Review panel.

A key recommendation was the immediate deferral of logging in old-growth forests while engagement on forest management takes place with First Nations, but Furstenau notes, “the problem is, you can’t have conversations about old growth forests if they’re already gone.”

She says the old growth review panel’s call for an immediate deferral “was the number one recommendation that had to happen so that the consultations, the planning, the paradigm shift, can happen while these trees remain standing.”

Furstenau says she’s also concerned about the restrictions RCMP have placed on journalists trying to cover the enforcement of the injunction to remove logging blockades.

On April 1, 2021, the BC Supreme Court granted an injunction to Teal Cedar, including an enforcement order, to remove blockades established by the Rainforest Flying Squad, which set up its first camp on a logging road being built into the Fairy Creek watershed northeast of Port Renfrew, and then in the Caycuse watershed.

On Monday, the RCMP declared a controlled access zone around the area covered by the injunction and the following day officers began arresting the protesters who refused to leave the blockade.

By late Thursday, the RCMP had cleared the way for Teal Cedar to resume logging.

Close to where the trees are again being felled, police say a protester perched high above the ground on platform suspended between the trees was also brought down on Friday.

The RCMP also arrested four people for breaching the injunction and one for obstruction at another location where Teal Cedar was being denied access by protesters.

Meanwhile, this past week a group of scientists released an independent mapping and analysis that identified areas of the province that best meet the criteria for immediate deferrals.

The three experts say the analysis was presented to First Nations and the province to help identify forests where deferrals are needed to fulfill the urgent recommendation from the province’s Old Growth Strategic Review panel.

Dr. Rachel Holt, forest ecologist and report co-author says this government has a history of starting out to do the right thing, “but then getting cold feet and looking only through a timber supply lens when they make decisions.”

She says this pattern goes back to the Biodiversity Guidebook of the 1990s, which has never been fully implemented.

Furstenau says the scientists have done the work for the government.

Green Party MLA Adam Olsen says clear cutting continues with government approval and “the only set of deferrals announced to date do not meet the criteria set by the Panel,” which leaves rare ancient forests unprotected.