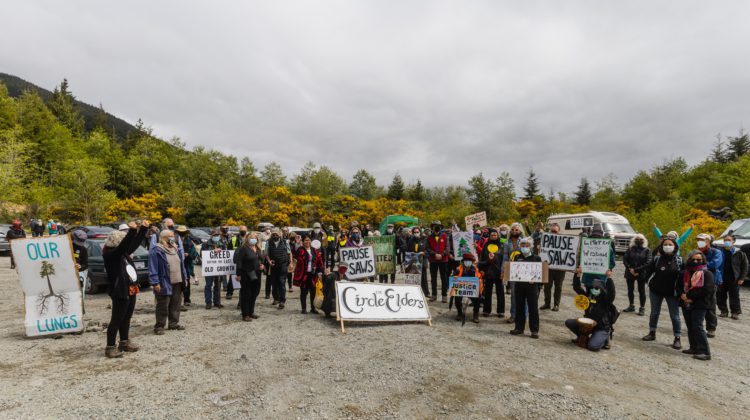 RCMP have now arrested over 110 people, as they enforce a BC Supreme Court injunction order meant to prevent anti-logging protesters from interfering with a logging operation at Fairy Creek, between Lake Cowichan and Port Renfrew (North of Sooke) on Vancouver Island.

According to a news release, RCMP scheduled enforcement Tueday, May 25th at an encampment near Port Renfrew, where officers have been primarily focussing their efforts for the past several days.

Just before 8 a.m. they were made aware of a large group of people who gathered at the check point on the McClure Forest Service Road. They say protesters were blocking traffic in both directions, contrary to the court-ordered injunction.

Some officers were redeployed from the Port Renfrew area. The court-ordered injunction was read to the group and protesters were given the choice to leave or face arrest. As of Tuesday night, approximately 55 individuals were arrested for breaching the injunction (civil contempt of court), 9 of whom were repeat arrests from previous days. RCMP say more arrests are pending, as individuals are back today, blocking the road again.

An additional 4 people have been included in the arrest total from Saturday, May 22nd. They were arrested for breaching the injunction (civil contempt of court), along with a group of individuals who were blocking the McClure Forest Service Road.

Since enforcement began, the RCMP have now arrested an approximate of 112 individuals; 9 of whom were previously arrested.