So far, so good for wildfire season on Vancouver Island, Sunshine Coast 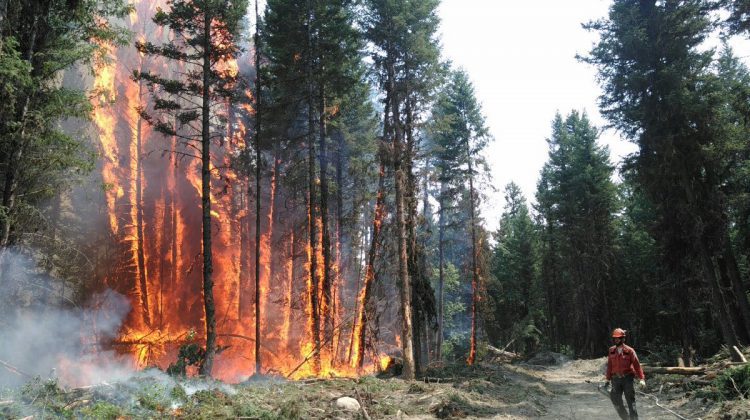 It’s been a fairly quiet wildfire season in the Coastal Fire Centre, so far.

The region, which includes Vancouver Island and the Sunshine Coast, has had 49 fires since April 1st.

This includes 12 new ones over the May long weekend, the majority of which were people-caused.

“That’s what happens on these kinds of dry blips that we get this time of year, people go out in the woods, they have a good time, they abandon their campfires that sort of thing, so we’re always trying to avoid that scenario,” she added.

Across the province, BC Wildfire has reported 251 fires, and 92 percent of them have been caused by people.

Supplied by BC Wildfire Service

“We’ll get three or four days of nice, hot, sunny, dry weather, and (then) we’ll get cool, cloudy, showery, rainy weather and that’s been going on for all of May,” she said.

“The rain we just got plus the rain we are going to get is getting into our traditionally drier areas. The Fraser Canyon is typically very dry and rarely gets rain, but they are getting rain. It’s the same with southern Vancouver Island and the east coast of Vancouver Island. So that should put all our variables and indices for wildfire into a low category.”

Thanks to Mother Nature, the fire danger risk remains at either low or very low across much of Vancouver Island and the Sunshine Coast.

But Jakobsen warns that it is May, so when we get high ridge weather systems, it can heat up and dry out the forest floor in a hurry.

She said when summer-like weather arrives ahead of the typical dry months of July and August, the messaging remains the same.

“If you are going to start a fire in the pouring rain, I’d ask you to use best practices. We are approaching early summer so people should be very careful, always, with open fire.”

If you start a campfire, you should always:

To extinguish your campfire, pour plenty of water on the fire and surrounding area, dousing the site of the campfire thoroughly.

Stir the campfire until there are no embers and the ashes are cold to the touch.

Fire officials are hoping for a repeat of last year.

Compare that to 2018, the worst wildfire season in B.C. history, when 2,117 fires ripped through over 1.3 million hectares of forest, costing us $615 million.