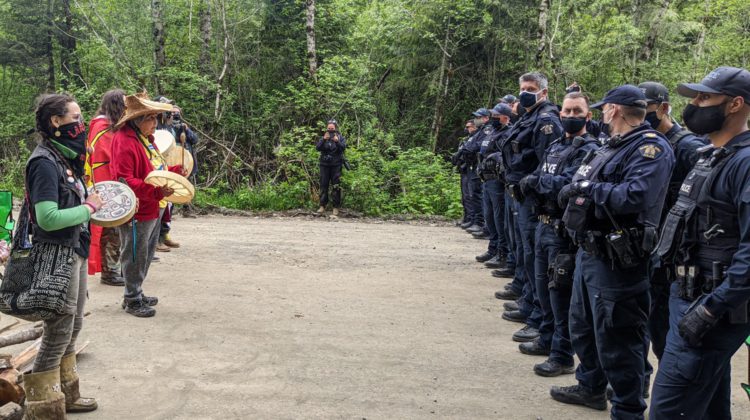 On Thursday, the RCMP enforcement of a BC Supreme Court injunction continued with the arrests of six more people at an encampment area near Port Renfrew.

The number of arrests at old-growth logging blockades near Port Renfrew and Cowichan Lake has now surpassed 130.

Since enforcement began, the RCMP has now arrested a total of 133 individuals. The police say at least 9 were previously arrested.

Tuesday witnessed 58 arrests, the largest number in a single day.

On Tuesday there was also a show of support for the blockades by seniors from Victoria.

“We started from Victoria, we picked up a few other people along the way, but basically a crowd of seniors from Victoria; we called ourselves the circle of elders.”

Arbess, who is a member of the Rainforest Flying Squad himself, was part of the group and says they want to see the province end the clear-cutting of the last remnants of the old-growth forests and transition to sustainable management of second growth, which he says will produce more jobs.

“We support loggers, we support the workers, we know there’s a tradition in logging families that go back generations, we want their young people to be able to work, but to be able to work in a situation which is sustainable forestry.”

Arbess says the RCMP observed the group of seniors walking along the road but did not try to stop them.