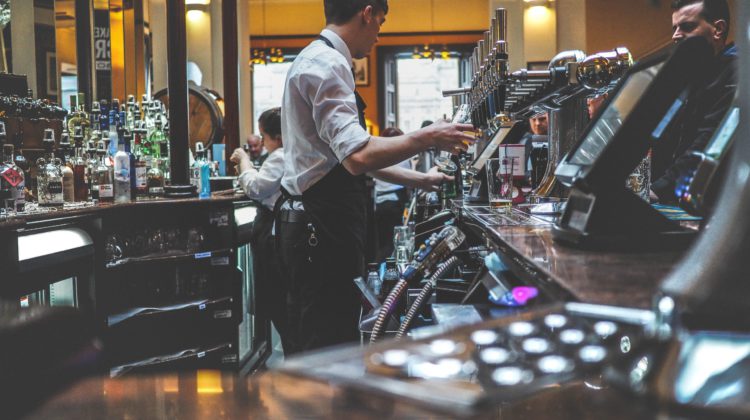 When BC laid out their plans for increases of the minimum wage in 2018, the pandemic that would shake the economic landscape would kick in at the tail end of those plans. The pandemic has taken down a multitude of businesses, and one of the hardest hit has been the restaurant industry.

Restaurants Canada is an organization that advocates for its members working with all levels of government across the country.

“Everyone is talking about reopening plans and how wonderful it is to get reopened, but in reality here in BC it’s going to be September until we’re close to full operating normal,” says Von Schellwitz. “We can operate, but you’ve got to remember, it’s still with two metre distancing. Which means we can get nowhere near to normal capacity and there are certainly restrictions on liquor service. And those things are still in place and will be as these two really important federal programs – the wage subsidy and the rent subsidy – are wound down.”

The subsidies have been keeping several businesses afloat, and Restaurants Canada is concerned that their ending too prematurely could cause a second wave of business closures. The subsidies helped cover a portion of the businesses rent and wages for those businesses that were hit with drops in revenue. Rent subsidies factored in how much revenue had dropped because of the pandemic.

Restaurants Canada says that data from its members, from June 2020 to April 2021, shows that eight out of ten food service businesses have been operating at a loss or barely scraping by throughout the entire pandemic, with at least 45% consistently losing money for more than a year, and that 72% of restaurant operators continuing to lose money expect they’ll need at least a year to return to profitability.

A key change in this increase in minimum wages is that it eliminates the separate, lower, wage for liquor servers, making all BCers on a level playing field when it comes to hourly wage. It puts more of a strain on the existing base labour budgets in place. Von Schellwitz says that may actually decrease the amount that servers and kitchen staff make.

“We would argue what that’s doing is it’s actually suppressing the wage growth of our back of the house staff – our cooks and people in the kitchen – and it also hurts the liquor servers,” Von Schellwitz says. “When you’re dealing with finite labour budgets, you’ve got to work around it which means less hours on the floor. If you’re paying more in a wage income you can get less people on the floor. And of course that hurts them because even a difference of two hours makes a pretty big difference as far as what they’re going to earn in gratuities.”

Von Schellwitz is clear that they’re not against a minimum wage, they’d just like the increases to be more predictable and less politicized.

He says, they would like to have seen BC index their wage growths to the Consumer Price Index – a widely used measure of inflation. This is something BC had committed to in 2015, before the current NDP government jumpstarted the growth. It’s also something they’re going back to after the past four years of larger hikes.