Mixed Reaction to NPD Performance on Forest Protection vs Pandemic 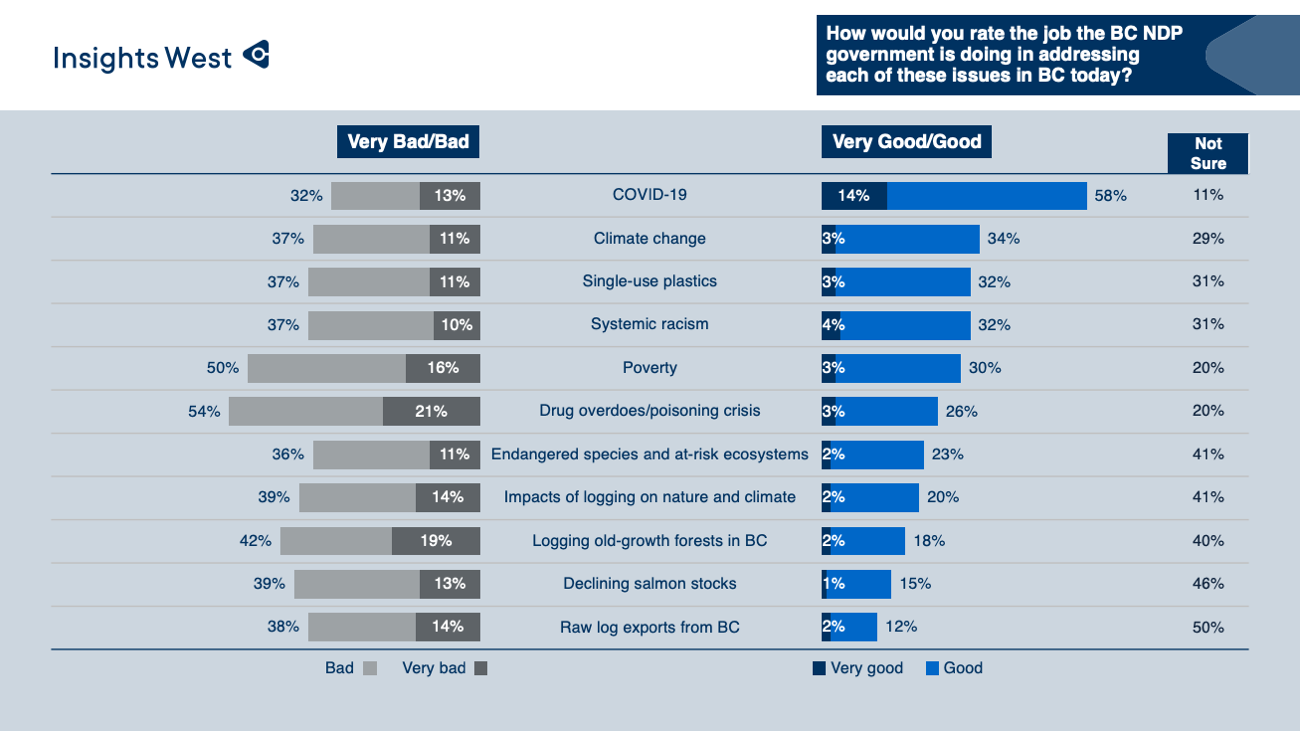 The provincial government gets high marks for its handling of the COVID-19 pandemic, but its rating drops when it comes to forestry and land conservation.

The polling firm Insights West says the pandemic is the only instance where the majority of people feel the NDP is doing a good job.

On the issue of conservation, close to 80-percent of people on Vancouver Island want the province to match a national pledge to protect 30-percent of the province’s lands.

Canada is one of 50 countries that’s pledged to halt biodiversity loss and protect 30 percent of its land by the year 2030.

BC currently protects 15-percent of the province and has not committed to the new target.

Province-wide, 74-percent support that goal, and less than a fifth of respondents oppose protecting 30 percent of the province’s land.

Insights West president Steve Mossop says their polling shows “a high level of concern about the state of our forests in BC,” and the impact of timber harvesting on ecosystems and climate change, and says the NDP is scoring poorly on protecting BC’s forests.

British Columbians are evenly split when it comes to rating the Horgan government’s performance on the issues of climate change, single-use plastics, and systemic racism.

When it comes to the issue of poverty, 50-percent of people feel the government is not doing a good job.

Asked about how well it’s dealing with the opioid crisis, 54 percent of British Columbians say the province is not doing enough, although a sizeable minority did provide positive scores on that issue.