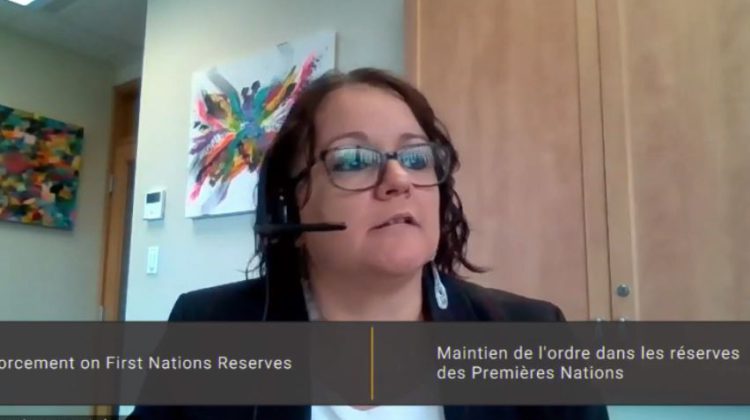 Coastal First Nations communities are calling on the federal and provincial governments to support self-policing of certain laws within reserve boundaries.

Earlier this week the House of Commons Standing Committee on Indigenous and Northern Affairs (INAN) concluded its study on law enforcement on First Nation reserves.

Blaney said the study “documented many challenges faced by First Nations in enforcing their own bylaws and other applicable laws within the reserve boundaries due to overly complex jurisdictional issues between the federal and provincial governments, the Public Prosecution Service of Canada (PPSC), and various RCMP and provincial police detachments.”

“Self-government and the rule of law are meaningless, empty slogans if First Nation laws cannot be enforced,” said Hegus Rempel in her opening statement.

“In British Columbia the RCMP will generally not enforce First Nation laws because the provincial Prosecution Service will not prosecute offences under First Nation law, whether they are bylaws under the Indian Act, Land Code laws, or laws enacted by treaty nations. This is because they are not enactments for the purposes of provincial law.”

While the Tla’amin Nation near Powell River enacted a treaty with the two levels of government five years ago, Blaney said they continue to face similar challenges.

“Under provisions under the Indian Act as well as the First Nations Land Management Act, we do not have powers to continue or to adopt,” said Community Services Director Derek Yang. “We currently don’t have the ability to be able to enforce our own laws and have court oversight.”

According to Blaney, throughout the study representatives of First Nations “echoed these frustrations and called for assurances that local police be empowered and directed to enforce First Nation laws.”

The Committee also heard testimony to the importance of effective relationships between First Nations and local RCMP, and the challenges of overcoming historic mistrust.

“When you have a breakdown in that relationship like we’ve had in the past due to the enforcement of unpopular or unjust laws like the residential schools it takes a long time to start building up those relationships,” said RCMP Insp. Preston.

The Committee’s examination of the challenges to law enforcement on First Nations reserves was the first time Parliament formally studied the issue.

A report of the study will be produced and tabled in the House of Commons by the end of the current session.

“I’m really pleased INAN undertook this study, and that members of our communities were able to present and speak to these issues so well,” Blaney said. “As we work towards true reconciliation and nation-to-nation relations, there are so many details like this that were never considered in the Indian Act, but need to be resolved going forward.”

Once the Chair of the Committee has tabled the report in the House, the government is mandated to provide a response within 120 days.