New Healing Centre to be Located in Cowichan Valley 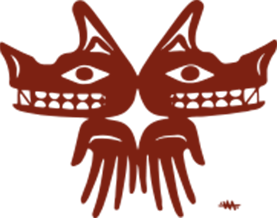 An Indigenous Healing Centre for Vancouver Island will be built by the Tsow-Tun Le Lum Society in the Cowichan Valley.

Tsow Tun Le Lum Healing Centre has been located on land leased from the Snaw-Naw-As First Nation, near Nanaimo, since July of 1986.

The new healing centre will have 16-rooms and 32 beds, reducing the number of beds in each room to two.

The current centre has 10 rooms with more beds in each room.

Executive Director Nola Jeffrey says the need to treat the underlying trauma that causes substance abuse and violence is as great as ever, especially since the news of 215 children buried in unmarked graves at a residential school in Kamloops.

Jeffrey says schools are a place where you go to learn, where they tap into your creativity, your intelligence, to lift you up and support you, and to help you to grow to be an amazing human being, and “those places did not do that.”

They originally offered treatment programs to deal with substance abuse, but Jeffrey says they began to realize they needed to focus on treating the underlying trauma that leads to substance abuse and violence.

“Around 1998, we started our first trauma-specific program for residential school survivors.”

The programs they offer are grounded in Indigenous culture and tradition.

The society says its 50-year lease for the property south of Duncan near Koksilah Road was signed on March 1 with landowner, Jason Campbell.

Jeffrey says they are grateful to be relocating on Indigenous Cowichan land “so we can continue helping our people.”

Trees cut from the land will be used in the construction and décor of the new building.

Architect and Project Manager, Paul Blaser of RBM Architecture says the trees “hold good energy and have been here for the last century,” and says it’s appropriate to use them and keep them.

Some of the funding for the project is being provided by the First Nations Health Authority, but the Tsow-Tun Le Lum Society has also started a Go Fund Me campaign to raise five-Million dollars.

An email to accept Interact e-transfers: [email protected] has also been set up to accept donations for the centre.