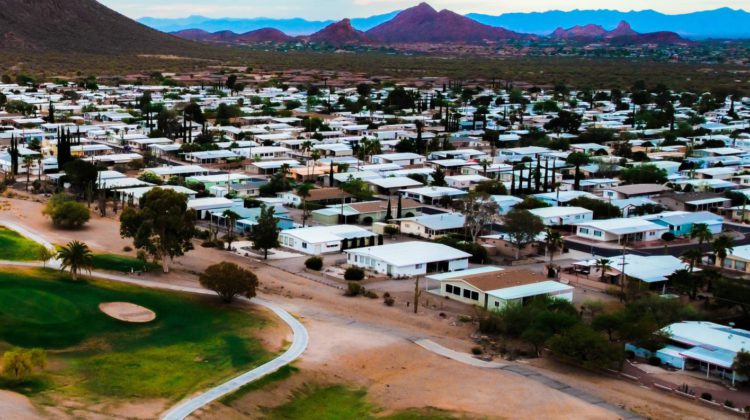 The Municipality of North Cowichan struck a blow in favour of affordable housing in a recent council meeting, voting against a motion to downzone a property from a residential, mobile home park to rural.

The motion was put forth to downzone the property after a recent development application that would see 108 new units of affordable housing, in the form of a mobile home park. If the motion passed through council, that application and 108 units would have been stopped from developing.

This vote paves the way for one of the first mobile home parks in development in the Cowichan Valley in decades.

“I think it’s the first mobile home park application that we’ve had, certainly since I’ve been on council, so that’s going on thirteen years. It’s new in that sense,” says Mayor Al Siebring. “There are more properties in North Cowichan that are zoned for it. The private sector hasn’t really stepped up until now to say, ‘We think this is a good idea and we can make money at it, and still provide some affordable housing. Let’s do it.’ So in that sense, it’s a good sign. Anything that we can do to add to the affordable housing stock, in my mind, is a good thing.”

The motion was brought forth by Councillor Rob Douglas who believes that the zone deviates from the current Official Community Plan (OCP), by being outside of the urban containment zone, and which he says transit doesn’t reach which contradicts the municipality’s desire to lower their carbon footprint by increase commuters.

Mayor Siebring cited some realtor reports that he had seen which said that year-to-year from May 2020 to May 2021 the average price of a home in the Cowichan Valley rose anywhere from 23-28 percent, and he says average sale prices were around seven hundred thousand dollars.

Councillor Kate Marsh spoke in favour of the downzoning saying rural sprawl is not economical for people and not for the environment. She says she feels split, but she cited a campaign promise she made during the last election cycle to follow the OCP, and to work towards the best long-term results instead of just a quick fix.

Councillor Rosalie Sawrie said, “I’m the only one on this council who doesn’t own a home and I can’t buy into the market right now. I can tell you countless stories of people my age, and definitely younger who just won’t be able to buy into the housing market.”

“People are going to social service organizations and asking for help and they’re getting a tent. That is the reality. Where do you put the tent because all the campsites are full, is another question,” Sawrie says. “This is the reality we’re actually living with when we talk about the need for affordable housing.”

Sawrie was clear that this contradicts her values of being more environmentally-friendly, but says she would rather see people living there, than in a tent.

Before the vote, Douglas said if his motion failed he hopes the plan proceeds as advertised, adding affordable units for people who are struggling. But has seen many developers come forth in his years in council who make a lot of promises. He says some follow through on those promises, but is concerned about having no controls in place to assure that these units will be priced at an affordable level.

In the end, councillors Douglas, Marsh, and Christopher Justice voted for the motion, and Mayor Siebring along with councillors Sawrie, Debra Toporowski, and Tek Manhas voted against to ultimately defeat the rezoning allowing the developer to continue.