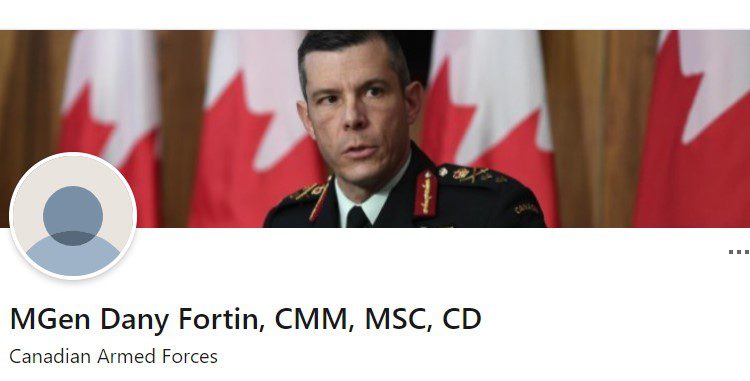 Major General Dany Fortin is asking for a review of his termination as the head of the country’s vaccine logistics.

Fortin was let go from the position shortly after a formal sexual misconduct complaint was lodged against him in March.

His legal team submitted an application for Judicial Review on Monday to the Federal Court of Canada.

In the application, Fortin’s legal team says the decision was not justified, transparent or intelligible and denied Fortin “Procedural fairness” in the lead up to his termination.

His team also says making the substance of the investigation public was unreasonable and caused irreparable harm to his reputation.

As a result, Fortin’s team is asking the termination be quashed and to reinstate the Major General back to his role in the Public Health Agency of Canada or a position fitting his rank.