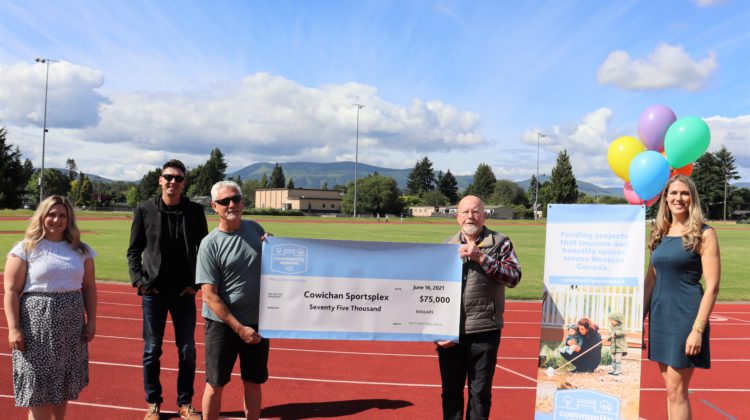 Peninsula Co-op has made a donation of $75,000 toward the Sportsplex fieldhouse in North Cowichan.

Co-op says the funding comes from its Community Spaces Program and will be used for improvements such as new team changing rooms.

Sportsplex Executive Director Chris Jaycox says the fieldhouse has been a part of the overall vision for the sportsplex from day one.

He says with all the pieces in place they are close to breaking ground.

Dave Hoy, CEO of Peninsula Co-op says they are excited to partner with the Chesterfield Sports Society.

He says the last 15 months have been very challenging and it’s an honour to contribute to creating a space for residents to safely come back together.