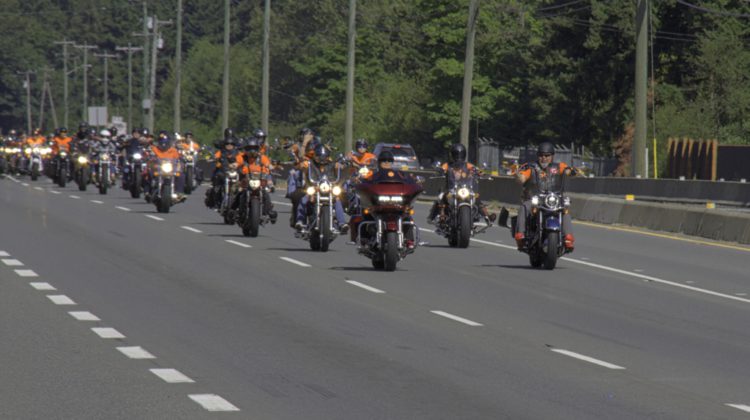 A column of motorcycles stretches out along Highway-1 south of Duncan. Photograph by Mike Patterson

More than 100 motorcycles took part in a memorial ride from Duncan to Victoria today for the 215 Indigenous children found in unmarked graves at a former residential school in Kamloops. 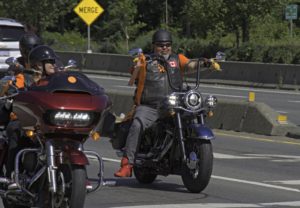 Organizer Richman Carpenter of Duncan says he first thought about 20 to 30 bikes would take part, but found that many people wanted join the ride to help raise awareness of the children who never returned from the residential schools.

Carpenter says in the days after he began putting the event together, many people shared their stories with him about the residential school experience.

The convoy left Duncan at 10 am and made its way along Highway-1 to Victoria.

As they left Duncan and began to ride south along the highway toward Victoria small groups of people gathered to cheer the riders. 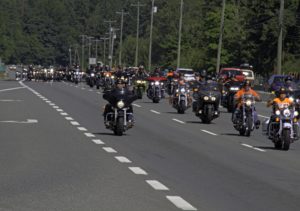 Riders take part in a motorcycle convoy to remember children found in unmarked graves in Kamloops. Photograph by Mike Patterson