Caring for the Most Vulnerable in Our Lives Through the Heat; People and Pets 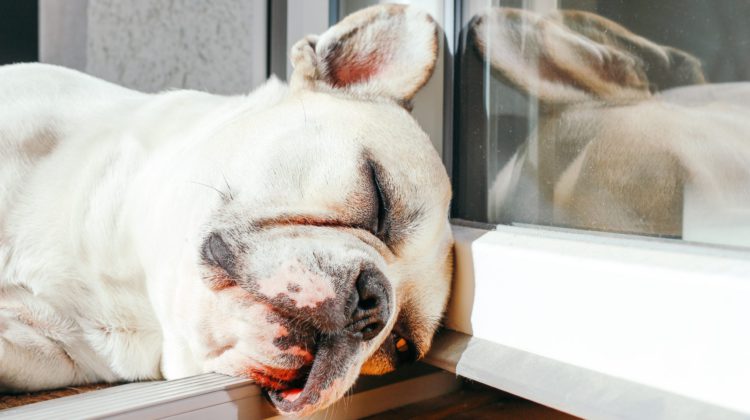 Our most vulnerable are suffering from the heat wave.

So says Island Health… who say they don’t have any data to back up this claim, but add that anecdotal reports have seen a moderate increase in people, particularly seniors, seeking care for heat-related issues at hospitals.

They say to watch out for several symptoms: pale, cool, moist skin; heavy sweating; muscle cramps; rash; swelling of the hands and feet; fatigue; lightheadedness; headache; and nausea and vomiting.

They reaffirm how important it is to stay hydrated and to check in on the vulnerable people in our lives.

This includes infants and children, people over the age of sixty-five and people with disabilities, people who live alone, and people who work or exercise outside, among others.

The suffering isn’t limited to the vulnerable humans in our lives, but also furry family members.

Tinille McKenzie-Wyatt is a Vet Technician at the Central Island Veterinary Emergency Hospital, she says four dogs passed away last weekend due to heat stroke.

“You can go from being okay to being not okay very quickly with this temperature,” McKenzie-Wyatt says, “These animals could just be in the backyard or perhaps our camping where they might not have as much shelter and get overheated quite easily.”

She says there are several signs to look for when trying to tell if your pet is overheating.

“Excessive panting, excessive to the point where they don’t seem to be able to be getting enough oxygen,” she says. “If they’re laying flat out and not really rousing if you call their name or try to get them to come to you, that’s a huge red flag. It’s a big concern that they’re past their point of being able to deal with the heat. You definitely want to move them yourself to the coolest place you can get to.”

She says to make sure that you aren’t using ice or ice water to cool your pet down, as that could make things worse. She suggests starting with room temperature water and cooling from there, as to not shock their system.

McKenzie-Wyatt says dogs can have conditions that predispose them to having problems.

“The biggest one that everyone talks about is the pushed-in nose type breeds such as Pugs, Frenchies, Boston Terriers, things like that,” she lists. “They just have trouble breathing, using their respiratory system to pant and it causes evaporation and cools themselves off, but they’re not able to do that very effectively.”

She also says any dogs with heart disease or are overweight are more prone to succumbing to the heat.

While dogs are generally most publicized for having issues with the heat, she says they have had some cats brought in that have been affected by the heat in their house. She says usually in those cases it depends on other medical conditions that the animal has, for example asthma, which can lead the animal to get stressed from a lack of oxygen and pant quicker which will lead to overheating faster.

Both sources stressed the importance of not leaving pets or children alone in a parked car, because of how quickly temperatures can rise in enclosed vehicles.

“It’s happening though still. People are, you know, ‘I’ll just be a quick minute in the store.’ But whether it’s regular time, or even Covid, things are taking longer and so they’re left out there longer than anticipated and so there are cases,” McKenzie-Wyatt says. “I’ve been in parking lots where I’ve seen animals in vehicles and I can hear them barking and it’s just too warm for that.”

For more tips from Island Health on how to deal with the heat, click here.