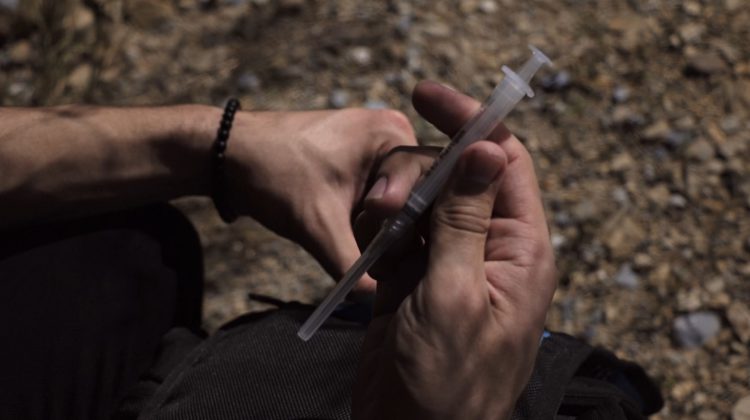 The opioid crisis in BC continued unabated in May with the BC Coroners Service reporting it was the 15th consecutive month with more than one-hundred deaths in the province from toxic illicit drugs.

Furstenau says “insuring that the supply out there isn’t going to kill people” is the most effective approach right now, and a clean, non-toxic supply of opioids would significantly reduce overdoses.

Furstenau adds, “in a lot of cases people who are dying are not necessarily using drugs every day” and we need to understand and recognize the risk cuts across all sectors of society.

The Coroners Service says there were at least 160 fatal drug overdoses attributed to toxic illicit drugs in May, an average of 5.2 every day, and the 851 lives lost from January to May of this year are the most ever reported in the first five months of a calendar year.

In her update on Tuesday, Chief Coroner Lisa Lapointe stated: “We need to ensure that safe alternatives to toxic illicit drugs are available throughout the province, and that we are taking meaningful steps to reduce stigma and offer substance users access to the supports they need and are seeking.”

The Coroners Service says virtually all overdose deaths are due to mixed drug toxicity, with the four most frequently detected substances being fentanyl, cocaine, methamphetamine/amphetamine and other opioids.

Post-mortem toxicology results suggest there has been a greater number of cases with extreme fentanyl concentrations after April 2020.

The provincial government is presently seeking a federal exemption from Health Canada to decriminalize personal possession of drugs.

In April, Mental Health and Addictions Minster Sheila Malcolmson was asked whether the province could provide an untainted supply of drugs at safe injection sites.

She replied that it’s complex and detailed work, “that has to be done hand in hand with the medical community and always with patient safety at the forefront,” and there a lot of work to be done before than could happen.

Since the provincial government declared the overdose crisis was a public health emergency in 2016, over seven-thousand people have died from overdoses while using illicit drugs.