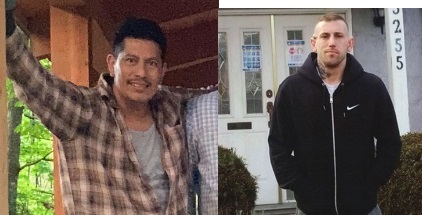 Cameron Blake Beaven is said to live a high-risk lifestyle, which leads family friends and police to be concerned for his well-being.

He’s been missing since June 11, and police have been looking for him since June 26. He’s listed at 5-foot-8, light brown hair, blue eyes.

He doesn’t have a cell phone, but is known to associate in Victoria and Nanaimo, along with the Cowichan Valley.

The other missing person is Jose Quincin-Aquino, a 39-year old man. Jose is a Guatemalan born farm-worker with limited English language skills, last seen on June 8th in Chemainus.

RCMP say they’ve spoken to his family, friends, and employer but they were unable to track him down.