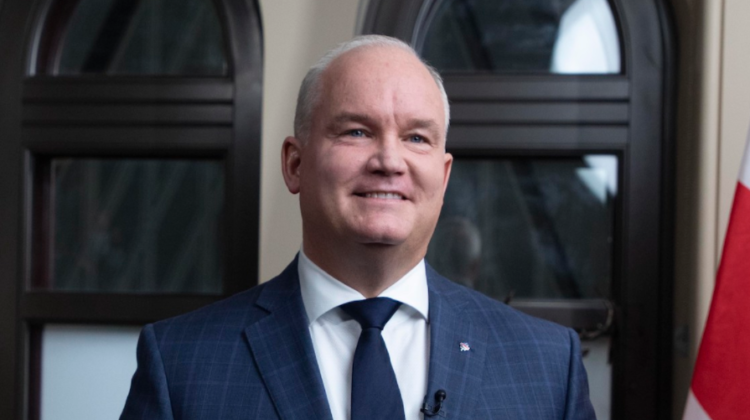 Canada’s federal opposition leader says safe supply is not an effective tool against the opioid crisis.

That was among the views of Conservative leader Erin O’Toole, who spoke to our newsroom on range of topics specific to Vancouver Island and the Sunshine Coast.

VR: Do you believe enough has been done to combat the opioid crisis at a federal level, and what would your government do?

EO: ‘I don’t think enough has been done on the opioid crisis on a few fronts. I call the opioid crisis the pandemic of tears within the COVID pandemic. There’s a few things we can do immediately, particularly (when it comes to) the very dangerous form of opioids like carfentanil. We have to do more to stop that from coming in, mainly from mainland China, and work with CBSA and our border. And then of course we need a combination of direct help, harm reduction, but also treatment options, and Conservatives support federal funds for those treatment options. I think the federal government hasn’t done enough. We have a Canada Recovery Plan after COVID-19,  a five-point plan to get our country moving and the third pillar is a national action plan on mental health, and part of this will be targeted at addiction, the opioid crisis which is acute in B.C. but has touched families across this country.  There is a role for the federal government to partner with the provinces and non-profit groups – organizations on the ground – helping people, including on the island.’

VR: What is the Conservatives’ stance on safe supply?

EO: ‘Safe supply is held out (as) the solution to the opioid crisis when it’s not really a solution at all. We can’t just perpetuate the ongoing harm and hope that safe supply is going to be a solution. We’ve seen from the legalization of marijuana that it actually accelerated the black market option so there are a lot of really well-intentioned, but incredibly naïve people, thinking that safe supply is going to eliminate harm. People that can get into treatment options, need that as a solution. So we’re going to have a very compassionate approach to addiction, mental health, and to criminal justice. We need to treat public safety differently from people who are vulnerable and are caught in the justice system because of addiction or mental health. We’re going to really try and help those people and there’s federal dollars that will be behind it.”

VR: Do you think the Federal Liberals have done enough to help with the wildfire situation here in B.C., and what would the Conservatives do in this situation, and where would the funding come from?

EO: ‘We want to be a partner with the provinces and municipalities. There’s really an ‘Ottawa-knows-best’ approach with Mr. Trudeau. He announces things without even consulting, he’s not deploying infrastructure dollars quickly enough, only 50 to 60 percent even gets out the door. I want to be more of a partner. And when it comes to helping folks through welfare programs and other things that are provincial, having a predictable and reliable partnership from Ottawa, that is what we are trying to do.’

VR: Do you have an economic strategy in place?

EO: ‘It’s our Canada recovery plan, the five-point plan. The first pillar is a million jobs in one year. And here’s what’s key: the Liberals, the NDP, the Green, they’re all the same. They’re against most jobs. People on the island… there’s the fishery, there’s obviously lumber and forestry… there’s a mixture of traditional industry and  some tourism and other small businesses. We need an economic recovery for everyone, not just a few industries that Mr. Trudeau chooses. Mr. Singh’s (NDP) party was supporting the shut down Canada movement before COVID. That hurt working families. We need a softwood lumber deal, we need to get the resource sector back on track, and reduce emissions. I announced a plan to meet our Paris targets in March that prices carbon, (and) that also gets our country moving. We need to secure our future and that’s going to be getting everyone back to work in all parts of the country.’

VR: What would you do to keep the escalating gas prices under control?

EO: ‘B.C. has long had its own carbon price but the pressures from Mr. Trudeau’s increasing federal carbon tax will increasingly put pressure on that. And as the economy starts back up after COVID, there’s already inflation in the system in part because of the overspending by Mr. Trudeau. So we have to monitor that because that’s a real risk, especially for seniors on fixed income. Many on the island are already feeling the cost pressures that haven’t been there for decades. This is why we have to get the economy moving and spending under control. Our Canada recovery plan has a plan to get spending under control over the course of the next decade so we don’t risk eliminating social programs that Mr. Trudeau is putting at risk because of that massive spending. Half a trillion dollars in a year and no plan to even reduce it so I think we need to get back on track.’

VR: What are your thoughts on Canada’s COVID response?

EO: My problem with the response is that it was always slow, it was always misguided, like some of the programs they had to fix through saving jobs with the wage subsidy, for example. And then they (The federal Liberals) always put insiders first. We saw the WE charity scandal, we saw some Liberal MPs get sole source contracts… they still made time for their friends. I think Canadians deserve better than a corrupt government that kind of limps its way through a crisis. I will make sure we are never again unprepared for a crisis. We need domestic vaccines and we need more self-reliance in our country. That’s Pillar 4 of our Canada recovery plan.

VR: Finally, do you expect an election call anytime soon?

EO: ‘I wish we could get the economy moving and focus on jobs and small businesses, many of whom I have spoken to in Nanaimo, and Ladysmith, and Courtenay are hanging on by a thread. That’s my focus. Mr. Trudeau seems to be putting his own political interests ahead of even the reopening of the country, so if there is an election in August, that will be because Mr. Trudeau forces it. We will be ready but my relentless focus is getting people back to work, tackling the challenges of COVID, we need real leadership and that’s what the Canada recovery plan offers.’