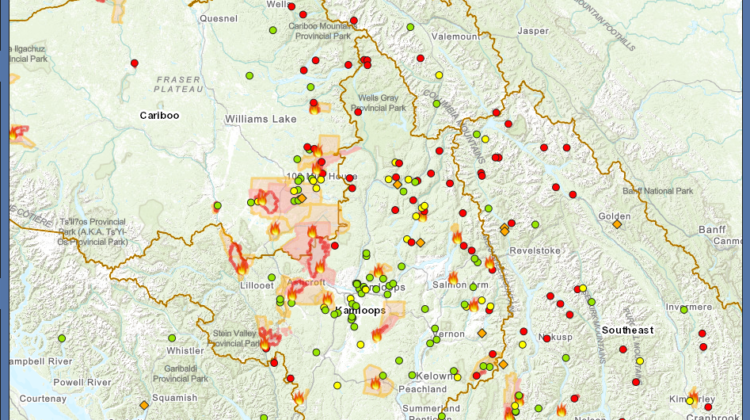 BC Green Party leader Sonia Furstenau, MLA for Cowichan Valley, says the province’s state of emergency will create a better response to the hundreds of wildfires burning throughout BC’s interior.

However, she calls it overdue and says it’s difficult to understand why the NPD waited while calls mounted for the province to declare a state of emergency.

Furstenau says, “we are seeing a pattern of reactive behaviour from the BC NDP and a failure to act with any of the urgency needed to prevent these events or support communities through them.”

She says after a record-shattering heatwave, the province is now facing a reality of extreme weather events like forest fires every single summer.

Furstenau warns the “pattern is going to get worse if we fail to turn the tide on the climate crisis and biodiversity loss.”

She points out government continues to subsidize fracking and fossil fuel expansion that is driving the climate crisis, and says there’s been a doubling of fossil fuel subsidies since the NPD came into power.

According to Furstenau, “the Abbott Chapman report made numerous recommendations to reduce wildfire risk and better prepare communities, but it’s been sitting on the shelf for years.”

She says the government needs to implement the recommendations and support the work of Indigenous and local communities to reduce fire risk, restore land, and build strengthened community ties.