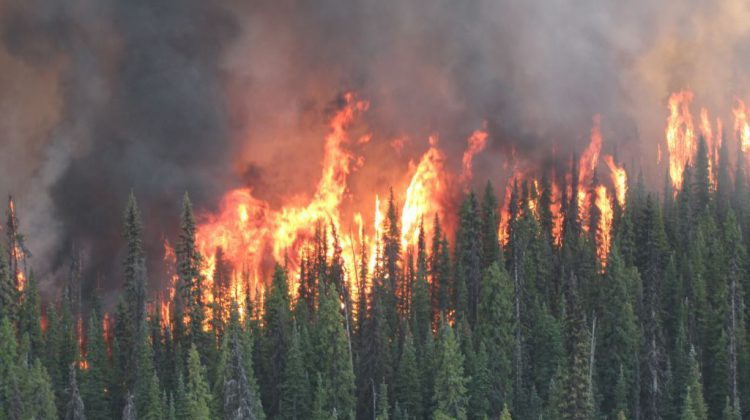 Photo of a wildfire courtesy of BC Wildfire Service

The North Cowichan and Cowichan Valley Regional Districts have declared a state of emergency around the wildfire on the North Slope of Mount Prevost near Copper Canyon.

Wildfire BC’s last update had the size of the fire at 32-hectares of land.

This means that the wildfire poses an existing or imminent threat to people and property within Elector Area E.

This is the area bordered by the TransCanada, and Highway 18, as well as the west boundary of electoral area E and the Northern Boundary of the District of North Cowichan. (Pictured below thanks to Mayor Al Siebring) 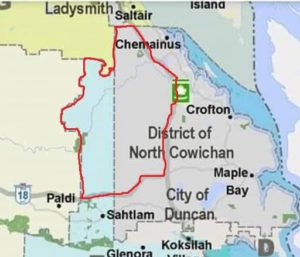 Late last night, Mayor Siebring shared the update and says he commends Deputy Mayor Rosalie Sawrie for stepping up while he is on vacation and signing the declaration.

The state of emergency will remain in effect for seven days.