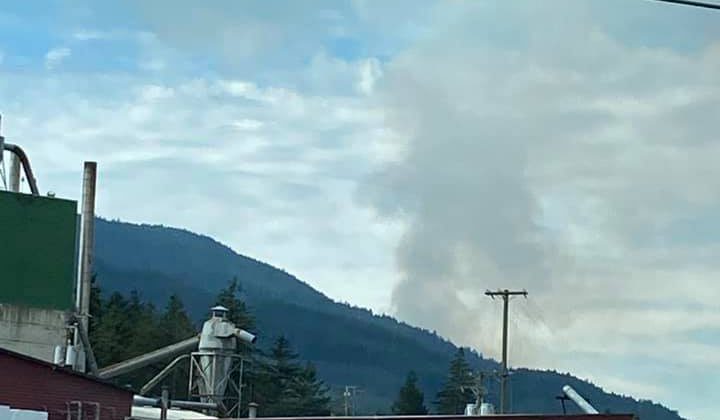 Fire on North Slope of Mount Prevost has broken out, it is not yet under control - Photo submitted by a listener

The fire at Copper Canyon is now considered “Being Held” by BC Wildfire Service.

Coastal Fire Information person Dorthe Jakobsen says this means the fire is not likely to spread under prevailing and forecasted conditions.

There hasn’t been any growth in the size of the fire since Friday, as it remains at 32-hectares.

Jakobsen says currently there are 48 firefighters on scene working on aggressive mop-up action.

She says they will be turning over as much of the forest debris as possible and to find fires burning that may not be seen.

They’ll also be doing coal trailing, which is a labour intensive process, where crews use their hands to feel for heat on the forest floor and then extinguish anything hot using hand tools.

She says this process will likely take several days and there likely won’t be any significant updates in the near future.