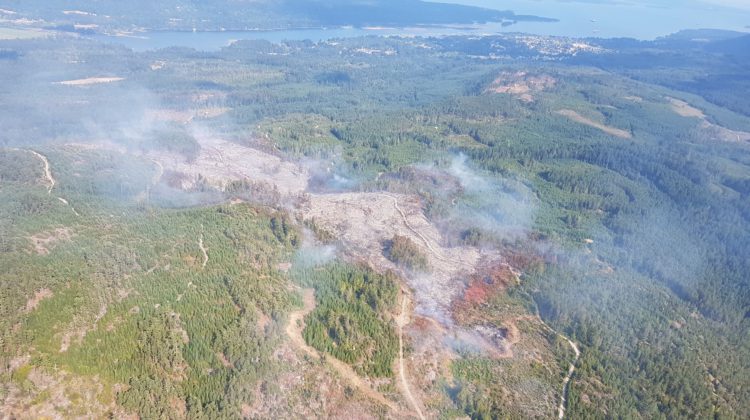 Image courtesy of BC Wildfire Service

The Evacuation Alert for 20 residential properties in the surrounding area is also over.

The joint Evacuation Alert from the CVRD and the Regional District of Nanaimo involved properties on Takala Road, David Road, and Ivey Road.

The Evacuation Alerts for the FortisBC facility and the Bush Creek Fish Hatchery remain in place.

The BC Wildfire Service says the Mt. Hayes wildfire status remains at ‘being held’ and firefighters are focusing their efforts on the area on the south side where the fire is dug in and continues to burn.

The fire on Mt Hayes was first reported last Thursday afternoon, and by Friday morning had increased to 70 hectares in size.

Firefighters supported by helicopters over the weekend prevented the fire from becoming substantially larger.