Pumps May be Needed Again to Maintain Flow of Cowichan River 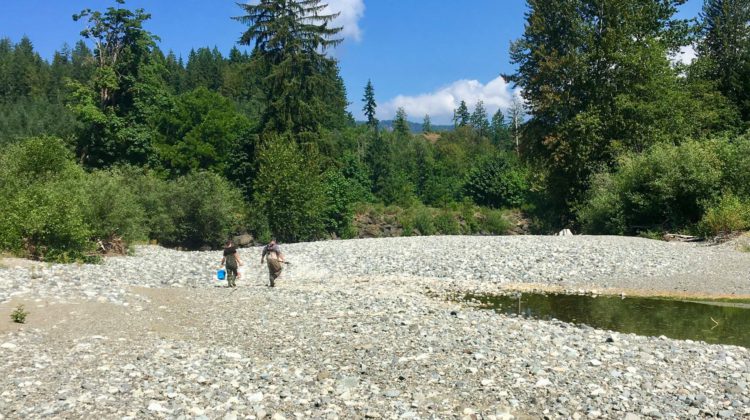 The level of Cowichan Lake continues to fall and it may become necessary later this month to pump water over the weir into the Cowichan River to maintain the required flow rate.

Pumps had to be used in September of 2019, and Catalyst Crofton Environmental Manager, Brian Houle, says they are currently in the process of applying to Fisheries and Oceans Canada to pump water over the weir again, if necessary, to maintain a flow at 4.5 cubic metres per second.

Houle says the application process is complicated because of the need to protect the habitat of the Vancouver Lamprey, a type of eel that lives in Cowichan Lake and is listed under the Species at Risk Act.

He says that while it’s unclear whether pumping will be required, due to the time it takes to transport and set up the pumps they’re making the necessary preparations now.

Two years ago, the pumps were operated for three weeks to maintain the required flow rate in the Cowichan River.

Houle says the rain forecast for this weekend, and possibly next week, should help but it’s uncertain whether enough precipitation will fall.

Tom Rutherford of the Cowichan Watershed Board says rivers remain well below average and the level of Cowichan Lake is seriously low.

Rutherford says “if you look at the trends and the water behind the weir, we could be at zero storage in less than three weeks,” a situation he considers to be dire.

He warns that without a couple of good days of rainfall, there is also a risk that migrating salmon will face challenges.

Rutherford says Chinook salmon are the first to arrive and will be approaching the rivers very soon.

He says if they congregate in Cowichan Bay because they are unable to swim upstream they become increasingly vulnerable to predators.

Rutherford says Cowichan Tribes is currently doing flood control work in the Cowichan River and he believes that will help improve access for Chinook salmon, but the Kosilah River will continue to pose a challenge.

Recently, the province ordered a halt to irrigation of forage crops, or diversion of water from the Koksilah watershed for industrial uses, until the end of this month.

Rutherford says the order is now helping to increase the flow of water in the Koksilah River.