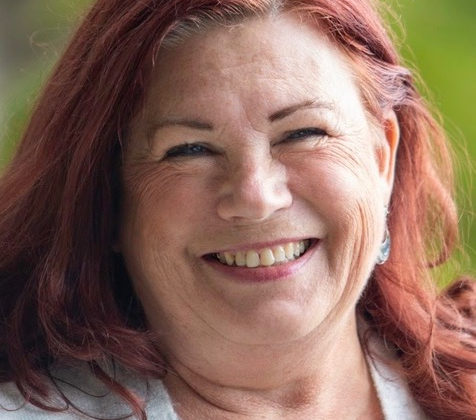 The Green Party of Canada’s Lia Versaevel trained at the Justice Institute of British Columbia and worked for the Attorney General for 27 years. She has been a mediator and worked in conflict resolution for most of her life She operates the business Accord, Inc. and works full-time in advocacy.

My Cowichan Valley Now: If elected, what steps would a Green Party government take to deal with the lack of affordable housing?

Versaevel: “The housing situation throughout the Cowichan Valley, in fact, the whole Island and many other places in the country is at a really critical point. I have worked in advocacy roles most of my life and I currently work as a poverty law advocate here in the Cowichan Valley. I say probably 80 percent of my work is around residential tenancy issues. The bottom line is that rents are too high and incomes are too low and too unstable, and one of our party’s platforms is a universal basic income. This would allow people to have some security in terms of knowing how much money they have every month. I would also really make sure that people have the awareness and access to all of the financial support that they are entitled to. So many people, particularly seniors are in a position where they don’t have access to computers, don’t know the computer technology to be able to easily apply online for things like the Guaranteed Income Supplement, or Old Age Security, or even the CPP, and many people aren’t aware that they can apply for income support even when they’re on income assistance, or on the persons with disability designation. So it’s kind of a two-sided coin, you know if people had enough money they could afford rent, but the other side is that rents have become unattainable. Housing has shifted from shelter to investment, and there used to be controls in terms of not only rent, rent controls, but vacancy controls because when a property becomes vacant there is nothing preventing a landlord from increasing the rent by double or triple, or whatever the market will bear. And we’ve also seen incredible situations where people are being renovicted, where they are being told that a family member is moving into a unit, or another legitimate condition is being applied so that they are now out of their unit, their housing. So it’s really a complicated issue but it’s one that we strongly feel is going to be supported by those two measures. I also have been thinking back to how I was able to purchase my first home. There was a registered homeowner savings plan in the ’80s and my father always told me that the best way to get by in life was to put something aside and this was a really good measure, I was able to save for a down payment in my 20s and I think that this kind of incentive should be brought back in again.

My Cowichan Valley Now: If elected, what steps would a Green Party government take to deal with Post Pandemic Recovery?

Versaevel: “The businesses that seem to have been affected the most, and of course, so many have gone under not being able to maintain their status because of the pandemic and all of the restrictions have not been able to pivot to become online companies or simply don’t have the market to be able to go to that way. The other, of course, essential element is that we need to recognize that the basics of life, like food security, are absolutely critical and do more to support local farmers. And, of course, this doesn’t only have to do with COVID or the pandemic in general, all of the implications that this had, this is a broader issue that where the Island is in a vulnerable position because we import so much food from off the Island. So to support farmers would be one measure, whether that’s through tax breaks, or incentivizing the industry to some extent. But also to recognize that Gross Domestic Product is not the only measure of success and that peoples’ well being is also critically important. So we would like to support in every endeavor, whether artists, or musicians, or people who are involved in theatre, all of these businesses are worthy of support and financial backing. Of course, we’re now into the fourth wave and we understand that the vaccinations are critically important. I’m really hoping that everyone takes advantage of this opportunity to be vaccinated so that we can return to some level of what we knew in the before-times, not being restricted in terms of our movements, or our ability to gather, or to shop, or to just to go out and find the resources and happiness that we need. Again, a large part of this comes back to ensuring people have the resources that they need, like a universal basic income that would be able to assure people they will not become homeless and they will not have to rely on income security measures or EI indefinitely.”

My Cowichan Valley Now: If elected, what steps would a Green Party government take to cope with Global Warming and Climate Change?

Versaevel: “Well, it’s long been the platform of the Green movement worldwide that global warming is a direct result of human activity, and particularly industrialization. Of course, things like buying a pipeline did not serve us well. Our platform encourages a measured approach to eliminating our reliance on fossil fuels. We know that green industries like solar, and wind, and geothermal are increasing in availability and in affordability and we seek to support all of those industries and retrain workers in those industries so that they can be assured as well that their jobs in oil and gas are not a death sentence for them and their families and rather a transition to a new way of sustaining themselves through different employment. You know, we’ve been asked for many years to recycle and reuse, and we are also asking that we look at the experience that we’ve had for the past 18 months in terms of reducing our habits of purchasing and consumerism to extents that have been unsustainable. The need for importing goods and services from around the globe and this is also contributing to global warming. The shipping industries that are moving goods from everywhere to Canada, of course, will continue to do so as long as there is a demand. But we seek a more sustainable way of life. We seek a greater reliance on local production and on sustainable cities, and less need to have to travel to attain the resources that we need. You know that small communities like Crofton and Chemainus are able and have the capacity to and the strength of the citizens to be local places where we can get everything that we need, and to encourage all those small businesses and the farms and people who live in those communities to support one another in that sense is also critically important.”