One Gate to Close, But Another Will Open for RASTA Sanctuary Animals 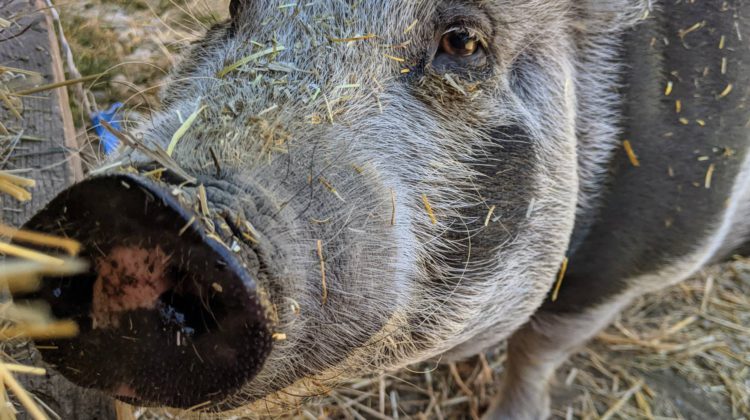 Photograph supplied by A Home for Hooves Farm Sanctuary

The RASTA sanctuary for retired farm animals in Chemainus is planning to reorganize and restructure in the future and will move its animals to more expansive pastures near Duncan.

The Rescue and Sanctuary for Threatened Animals organization will eventually transfer them to A Home for Hooves near Duncan, which is planning an expansion by relocating to a bigger property.

Michelle Singleton of A Home for Hooves says the idea of accepting RASTA’s rescued animals developed when she met for lunch recently with founder, Lucie Cerny.

She says her organization was moving ahead with plans for the organization, “and really at the end of the day it’s just worked out well that we have the plans in place, we’re ready to do this move and we can bring these animals with us.”

Singleton says A Home for Hooves currently occupies four acres, “but when we take on the RASTA animals, which will probably happen before the end of the year, our family is going to grow from 70 animals to 171.”

No animals will be moved until the money has been raised, a new property is purchased, and the new facility is ready to receive them.

In a social media post on Tuesday, RASTA’s founder says her sanctuary’s property is limited by its size and doesn’t offer enough room to expand.

The farm will be sold and the money used to help support A Homes for Hooves.

Singleton says they are currently the only accredited farm sanctuary in Canada and plan to become “a center of excellence when it comes to farm animal care,” and be a leading sanctuary in the country.

They also want to help the community, as well, with things such as a gardening program and music therapy.

At this time, they have identified some key properties that are of the size that meet their needs and plan to launch a fundraising appeal soon.

Singleton says they are a registered charity and donors will receive a receipt for tax purposes.

In the meantime, A Home for Hooves has a silent auction happening to raise funds.