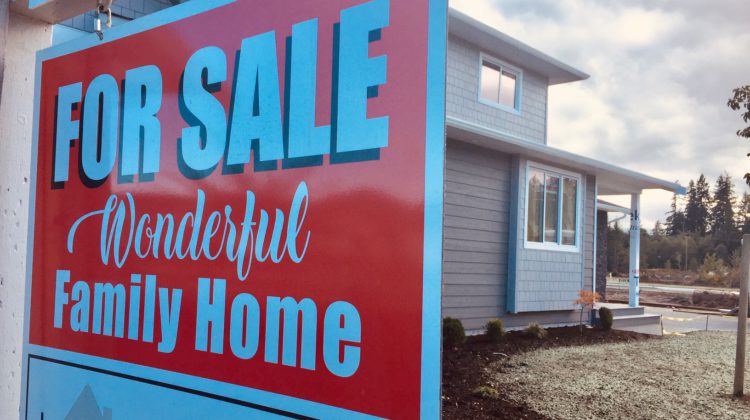 The housing market in the Vancouver Island Real Estate Board area finished summer the way it began: with historically low inventory and rising prices.

Active listings of single-family homes were 47 percent lower last month than in September 2020, while the board’s inventory of condo apartments and row/townhouses dropped by 57 percent and 48 percent, respectively, from one year ago.

There were 932 unit sales in the VIREB area last month, down 27 percent from one year ago.

By category, 447 single-family homes sold in September, down three percent from August and 30 percent year over year.

September saw 122 condo apartment sales compared to 123 one year ago and 101 in August.

In the row/townhouse category, there were 86 sales last month, down 21 percent from September 2020 and five percent from the previous month.

In its most recent housing forecast, the British Columbia Real Estate Association (BCREA) states that the supply situation is especially severe in markets outside the Lower Mainland, including the island.

Listings activity has been lacklustre, and even if sales come back down to long-run average levels, total listings would need to nearly double to bring markets back into balance.

VIREB president Ian Mackay says that lack of inventory is hampering sales, and multiple offers on well-priced, quality properties continue to be the norm.

“There is no doubt that sales would be considerably higher if we had more listings,” says Mackay.

“The demand is there, but the supply isn’t.”

Meantime, prices are rising by the month.

The board-wide benchmark, or typical, price of a single-family home reached $747,600 in September, up 32 percent year over year and slightly higher than in August.

In the apartment category, the benchmark price hit $395,100 last month, a one percent increase from August and up by 30 percent year over year.

The benchmark price of a townhouse rose by 34 percent from the previous September and by two percent from August, climbing to $578,500.

In Campbell River, the benchmark price of a single-family home hit $653,700 in September, up 29 percent from the previous year.

The cost of a benchmark single-family home in Port Alberni reached $494,500, a 40 percent year-over-year increase.

The benchmark price for the North Island rose by 49 percent, hitting $404,100 in September.